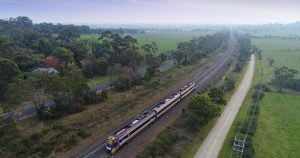 V/Line, the Victorian rail operator, will become a statutory authority form a state – owned enterprise to maximise its performance, and to better implement the investment projects, the Victorian Government has announced. This move will bring V/Line more directly into the centre of the public transport system, improving oversight and delivery of regional public transport services. An Advisory Board will be established to provide advice and support to the CEO.

As a result of the change, the CEO of V/Line will report to the Secretary of the Department of Transport. This is another step since the creation of the new, integrated department that will better align the operator with transport planning, Big Build project delivery, and decision making.

Matt Carrick will be appointed V/Line CEO for 12 months to oversee the implementation of this reform, as he has a background in both the private sector and senior levels of government and is currently CEO at State Trustees, where he has overseen an organisational restructure and program of reform to improve outcomes for clients.

As this is a structural change for the leadership of V/Line there will be no job losses, and existing services and rail safety arrangements remain in place.

V/Line is Australia’s fastest growing regional railway operator, with a 77 per cent increase in annual passenger numbers from 13 million in 2014 to 23 million before the pandemic in 2019.

To meet transport demand and the future growth, the government introduced 700 additional weekly services since 2014, investing AUD 1.2 billion (USD 923.28 million) in new regional trains and supporting an upgrade of every regional rail line.

This funding boost continues through the Victorian Budget 2021/22, with a further investment of AUD 613 million (USD 471.64 million) over four years in major periodic and routine maintenance on V/Line’s passenger and freight lines.

“We’re putting more money than ever before into ensuring regional Victoria has better connections through our public transport system and we want to ensure that we have a strong V/Line to match that investment,” Minister for Public Transport Ben Carroll said.

Over the past six years the Victorian Government has invested more than AUD 13.1 billion (USD 10 billion) to deliver the upgrades and transport services in regional Victoria to connect people to jobs, health services and education.