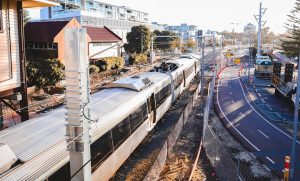 The Government of Australia has announced that the 2021-2022 budget includes AUD 15.2 billion (USD 11.85 billion) for infrastructure projects over the next ten years supporting over 30,000 jobs.

The commitment will help the implementation of road, rail, and community infrastructure projects across Australia.

Among rail important projects, Metronet programme in Western Australia and the as the Canberra’s Light Rail Stage 2A in the Australian Capital Territory will benefit the government’s commitment.

The financing is in addition to the Government’s significant existing investment in projects that will define the success of local communities for years to come, including the Western Sydney International (Nancy-Bird Walton) Airport, due to open in 2026, Sydney Metro Western Sydney Airport and the Melbourne Airport Rail Link.

With this this budget, the Australian Government has provided AUD 170 billion funding for the infrastructure since 2013.

This funding will support delivering a 10-year AUD 110 billion (USD 85.74 billion) infrastructure investment pipeline and investing in the future.

*the additional funding is allotted for road safety and community infrastructure projects.