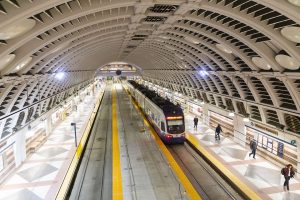 The U.S. Federal Transit Administration (FTA) provided a USD 790 million grant, while USD 629.5 million was approved by the U.S. Department of Transport through the Build America Bureau.

“Commuters in Seattle can now look forward to a one seat ride between King County, Sea-Tac Airport, downtown Seattle, and the University of Washington. This extension will improve access to jobs, healthcare, educational opportunities, and other destinations in the Puget Sound region,” said FTA Acting Administrator Jane Williams.

The project envisages the construction of a 12.5-km LRT extension from the existing Angle Lake station through the cities of Sea-Tac, Des Moines, Kent, and Federal Way in southern King County, Washington. The project, which includes the construction of 3 new stations and the procurement of 20 vehicles, has a total cost of USD 3.16 billion.

The project is intended to relieve congestion, improve transit performance, and enhance mobility choice in a portion of southern King County that has a significant transit-dependent population. The existing road network on the corridor is constrained, with limited possibilities for expansion along the two major north-south highways through the corrido. Although there is extensive bus service in the corridor, the buses are subject to the same travel delays as automobiles in the corridor.