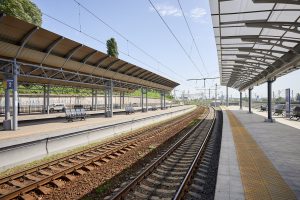 Ukrzaliznytsia, the Ukrainian Railways, will  reconstruct and overhaul 400 km of tracks and to upgrade 800 km of lines by the end of this year.

The Ukrainian rail company intends to invest UAH 9 billion (EUR 271.75 million) for repair and modernisation of the rail infrastructure.

In addition, 455 turnouts will be reconstructed and overhauled and 600 units will be renovated by performing medium repairs.

“We have carefully analysed the status of the entire railway infrastructure. The main work will focus on problem areas with heavy traffic. After the works are completed, the current speed limits will be abolished, the maximum capacity for freight trains and the maximum expected speed for passenger trains will be implemented,” Ivan Yuryk, the acting chairman of Ukrainian Railways said.

Track works will be performed on at least seven rail sections:

Ukrzaliznytsia is also launch two large-scale infrastructure projects involving the electrification of Dolynska – Mykolaiv – Kolosivka and Kovel – Izov – Derzhkordon (to the state border with Poland) rail routes. The electrification of Kovel – Izov – Derzhkordon involves 94 km which will allow the company to increase the export traffic and the volume of cargoes by train from 4.6 thousand tonnes to 6 thousand tonnes. This will reduce the transport costs and will have a positive impact on company’s economic situation, bringing UAH 105 million (EUR 3.17 million). 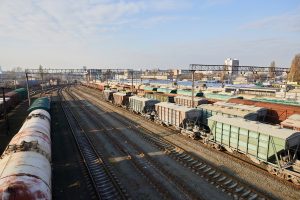 Regarding the electrification of the railway line Dolynska – Mykolayiv line, in the coming months the tender committee will announce the contractor, and in the third quarter of 2021 it is planned to begin the work to implement the first phase of the project. The tender was announced Ukrzaliznytsia, opean Bank for Reconstruction and Development (EBRD) and the European Investment Bank (EIB). The project will be financed by the EBRD and the EIB for a total amount of EUR 366 million including VAT.

Dolynska – Mykolayiv railway line is part of the Trans-European Transport Network and its electrification and modernisation will allow Ukrzaliznytsia to increase its capacity to export grain, ore, fuel and other products, to Mykolayiv port at Yuzhniy Bug river. The port joins the sea via the Bug-Dnepr Lmanskiy Canal passing through the Dnepro-Bugskiy estuary and Yuzhniy Bug River. The electrification will reduce the transport costs and will increase the capacity along the route, while reducing the impact on the environment.