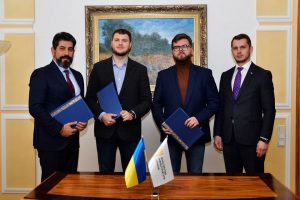 The Ministry of Infrastructure of Ukraine, Ukrzaliznytsia and Wabtec signed a Memorandum of Understanding for the delivery of 40 new General Electric TE33AC locomotives in 2020 and the provision of maintenance services for 70 such locomotives.

“We plan to acquire 40 General Electric locomotives in 2020. We have an urgent need to update the rolling stock of Ukrzaliznytsia and we must do this on favorable and acceptable terms for Ukraine,” said the Minister of Infrastructure, Vladyslav Kryklii.

A financial plan has been elaborated and submitted by General Electric and the financial partners and the ministry considered as an “acceptable” programme, with the aim to increase the localisation of manufacturing process. “We are finalising the approval of these conditions, after which the project documentation will be prepared. Another important point is the expansion of localisation of production in Ukraine. We are also negotiating about this,” the Minister of Infrastructure said. 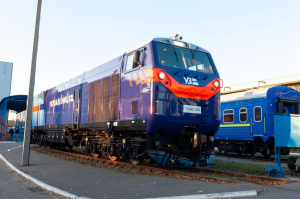 In February 2018, Ukrzaliznytsia and General Electric signed an agreement for the supply of 30 diesel locomotives, with a 10% of localized railway traction. Kryukov Railway Car Building Works organised and provided the process of retrofitting diesel locomotives with equipment in accordance with the technologies and design documentation of the manufacturer.

The financial agreement was signed between the Ukreximbank and GE, while the bank and Ukrzaliznytsia signed the financial leasing agreement for the new locomotives.