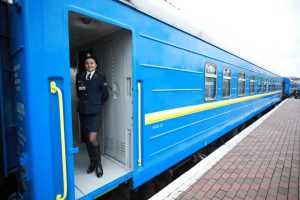 In 2020, Ukrzaliznytsia plans to repair 600 passenger cars and to overhaul 1500 rail cars at its own depots, announced the Minister of Infrastructure Vladyslav Kryklii, adding that the capital repair of a wagon must be made every 5 years.

To perform rolling stock modernisation and for the procurement of new units – rail cars and locomotives, Ukraine will strictly demand a high localisation level to support national rolling stock producers.

For example, the company has recently announced that it will overhaul 2-six double-decker electric trains at its facilities, as at the tender, the international bidders submitted high costs with repair activities to be fully performed abroad. As a conclusion, all repair activities will be carried out involving the domestic railway industry which has the potential to supply the components and spare parts.

Between 2020 and 2025, there are plans to modernise 1,023 locomotives, while 1,049 rolling stock units need major repairs, “which should be provided generally by Ukrainian producers”, said Frantisek Bures, the member of the Management Board of Ukrzaliznytsia. “They are expected to be actively participating also on major innovative projects like fuel saving or energy efficiency increasing technologies. Generally, we have to balance between procuring new rolling stock, making modernisation, retrofit, capital repairs, general overhaul or particular repairs of our locomotives,” Bures explained.

Thus, the international locomotive producers should maximally exploit the domestic service suppliers as well as the companies involved in rolling stock production and spare parts sector.

Until 2021, the authorities plan a separation between the operational and repair activities at  Ukrzaliznytsia and will introduce the specialization locomotive depot concept for these projects, which will have a strong impact on the development of the domestic industry and will determine costs reduction.

These policies are part of Ukrzaliznytsia’s restructuring plan and of the railway market liberalisation including the traction sector. Currently, the company’s divisions are preparing for the introduction of private traction.