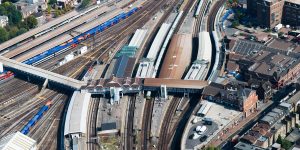 The rail industry needs a clear and coherent strategy from the British government for transport decarbonisation, the ‘Trains fit for the future?’ report says, released by the House of Commons Transport Committee.

The report highlights that the authorities should publish a long-term strategy setting out the plans for electrification and for the use of battery and hydrogen technology, along with the estimated costs of the projects. 62% of the British rail network is diesel-powered compared with 38% which is electrified.

The vision should also provide a credible delivery plan accompanied by targets and milestones.

As part of its strategy, the Department for Transport (DfT) should commit to a 30-year rolling programme of electrification projects. If the government is to meet the legally binding target of net zero carbon emissions by 2050, and a former Minister’s pledge to remove all diesel trains from tracks by 2040, the current Government must take the first steps and start the electrification programme as soon as possible rather than waiting for the start of the next control period in 2024.

“Decarbonising rail, and making our trains cleaner and greener, will be a considerable challenge for us all. Transport accounts for the largest source of carbon dioxide emissions of any sector in the UK at 27 per cent. Electrification has a patchy record of delivery. It’s time to invest in a rolling programme which will speed up delivery, drive down costs and hold to account those who do not deliver to time or budget,” Transport Committee Chair, Huw Merriman said.

Network Rail and the industry should be subject to greater transparency and controls over cost to ensure the rolling programme delivers value for money. As electrification is the only immediate decarbonisation option for most of the network, the Department should publish the list of ‘no regret’ electrification schemes identified by Network Rail and confirm which will come first and when, the Committee says.

Uncertainty is a key obstacle to delivering a decarbonised railway. The Committee heard that delays to key transport strategies such as the Department’s Decarbonisation Plan, the Rail Reform White Paper and the Williams Review, combined with a mismatched target framework, have cost the sector valuable time for planning and investment.

Regarding the battery and hydrogen technologies, they should be seen as an important way of decarbonising the rail network, says the Report. The Committee encourages the DfT to make the case for hydrogen technology and to ensure that hydrogen trains are fully incorporated within the forthcoming national Hydrogen Strategy. The DfT must report on how it intends to support the growth of a domestic battery industry for use on the railway.

In addition, the report considered not just the mode of power but passenger accessibility to train services and the failure of several train companies to meet targets to make their trains fully accessible is to be unacceptable. The Committee asks the DfT to set out the sanctions that will apply if companies fail to meet the deadline again.

Rail transport is responsible for only less than 1 per cent of the total UK annual greenhouse gas emissions and plays a major role for transport decarbonisation and a modal shift towards sustainable transport, providing the capacity to meet transport demand.