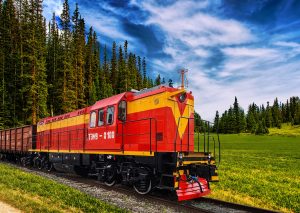 Sinara Transport Machines Holding (STM) will supply Cemix and LB Minerals, which are part of an Austrian-based manufacturer Lasselsberger Group, TEM9 shunting locomotives with the first one expected to be delivered in May and the second one is scheduled to be shipped in August. The shunting locomotives will be involved in the entire production chain, from extraction of raw materials to shipment of finished products at two industrial sites of the holding in the Republic of Bashkortostan (Abzelilovsky District). According to the contract, both locos will be painted in the customer corporate colors.

The future locomotives configuration assumes the most comfortable operating conditions. The locomotives will be fitted with additional features, including a KVARTA fuel consumption metering system with a GLONASS navigation module, anti-skid protection, the ability to work in emergency modes, as well as a heating system for the entire locomotive that ensures continuous operation throughout the year.

STM will also deliver new shunting locomotives to Tulachermet, a company produces various iron grades for foundries and steel works. They will be equipped with additional operator’s cab heat and noise insulation to ensure a higher level of comfort. The piping system also received additional protection from external factors. In total, STM delivered four diesel locomotives according to the contract. The first two locomotives were handed over to the customer in winter, and the last two machines were dispatched at the end of March. The diesel locomotives were also painted in blue corporate colors of the company. Previously, STM supplied to the holding TGM4b series diesel locomotives.

“We understand how important it is for manufacturing companies to get efficient intra-plant logistics up and running. It is the factor that impacts a company smooth operation, allowing the fulfillment of their approved production plans on time.  When creating each diesel locomotive, we introduce individual features in its design so that the final product would fully meet the customer’s wishes. A number of such changes were made in the locos for Lasselsberger Group and Tulachermet,” Anton Zubikhin, CEO of STM Trading House said.

The TEM9 shunting locomotives were designed by STM Center of Innovation Development was produced by Lyudinovo Diesel Locomotive Plant in 2009. Used both for the needs of Russian Railways and private industrial enterprises, the locomotive has proven itself well and today it is one of the most demanded machines on the Russian market of shunting and clean-up equipment. At the end of 2020, LTZ produced its jubilee 150th locomotive.