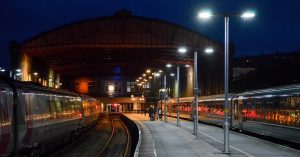 “We both have the same ambition to put Belgium on the European night train map. After working side by side for a year, we decided to team up and we are all very pleased about that,” Louis Lammertyn one of the founders of the Moonlight Express said.

The cooperation aims at running a night train from Brussels in 2022. The focus will be on the Brussels – Amsterdam – Berlin – Prague connection, working together with the Czech operator RegioJet. Extensions and optimisation are expected to follow soon. Recently, RegioJet and European Sleeper announced their plan to begin a night train service between Czech Republic, Germany, the Netherlands, and Belgium, departing from Prague, crossing Dresden, Berlin and Amsterdam with terminus in Brussels.

In the near future the two rail operators will further develop the formal side of the cooperation. It has been jointly decided to use the name of European Sleeper for the night train operations that will start in 2022. Most important for now is that, by joining forces, the two companies can focus on one project and to be one representative for the partners they work with.

“We have been very complementary and like-minded for quite some time and believe in a real co-operation,” Chris Engelsman the representative of European Sleeper said.

Both companies independently started building a network of night trains from the Netherlands and Belgium last year. In the past year they have coordinated their activities and built a good relationship among each other. European Sleeper and Moonlight Express have been working on the same challenges and had to overcome the same technical and procedural issues.