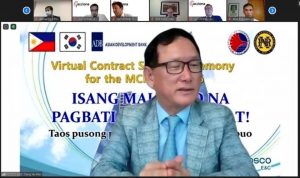 The contracts cover the civil works construction for the 53-km rail extension that will offer transport connection from Makati City in Metro Manila to Clark International Airport in Pampanga within one hour.

The first contract – Contract Package N-04, was awarded to Acciona Construction Philippines. It covers the civil engineering and building works for approximately 6.3 km of the main line and 1.6 km of the depot’s access line with an underground station serving Clark International Airport.

The joint venture of POSCO Engineering and Construction was awarded the contract cackage N-05, the second signed contract. It covers the civil engineering and building works for the Clark depot which will have an area of 33 hectares. The contract includes the construction of the operation control center, stabling yard, workshops, training center and other ancillary buildings in Mabalacat, Pampanga, the Central Luzon region of the Philippines.

“PNR Clark Phase 2 as a symbolic of a new ground being created as the project paves the way for the establishment of the country’s first-ever airport railway express service. “Since the NSCR will feature the country’s first airport express train service allowing travelers to get from Makati to Clark Airport in under one hour, we can consider it as a trail-blazing project,” Arthur Tugade said. 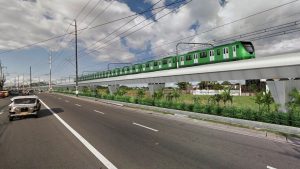 The trains will run at speeds of 160 km per hour on the new railway connection, providing fast and safe transport services.

Both contracts will help country’s economy by directly creating 24,000 local construction jobs during the next three years. Another at least 14,000 jobs needed for operating the railway system

The Malolos-Clark railway line will become partially operational by 2022. The 53-km railway will connect Malolos, Bulacan and Clark International Airport, cutting travel time to 30-35 minutes, from the original 1 hour and 30 minutes.