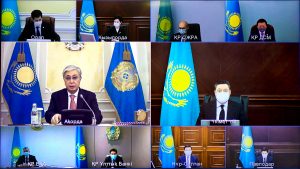 The Prime Minister of Kazakhstan, Askar Mamin, has announced that the country plans to start construction of Turkestan-Tashkent high-speed rail line, which will strengthen the rail connection with Uzbekistan and will contribute to the development of tourism sector.

The announcement was made during a governmental meeting focused on the implementation of investment projects which will combat the COVID-19 pandemic effects. The President Kassym-Jomart Tokayev also participated at the meeting.

Askar Mamin said that that “to increase the influx of tourists, the construction of a high-speed railway on the route Turkestan – Shymkent – Tashkent will be started.” 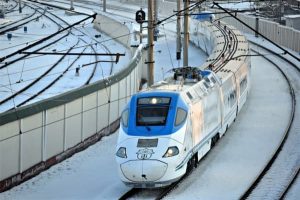 The Turkestan-Tashkent high-speed rail will cross via Shymkent in south part of Kazakhstan which was recognized as a city of republican significance in 2018, by a Presidential decree. Shymkent is a major railway junction on the Turkestan – Siberia Railway route, connecting Central Asia with Siberia. Turkestan city is the administrative center of Turkestan Region of Kazakhstan and is situated near the Syr Darya river and 160 km north-west of Shymkent city.

In June 2019, during 18th meeting of the Joint Intergovernmental Commission on Bilateral Cooperation between the Republic of Uzbekistan and the Republic of Kazakhstan, the governor of Turkestan has announced the plans to build the high-speed railway connection to Uzbekistan, as a priority to unlock the tourism potential. As a result of the meeting, an agreement was signed to increase the investment cooperation considering the creation of joint industrial clusters, ensuring accelerated growth in commodity turnover, reconstruction of road and rail routes in order to increase freight and passenger traffic and develop tourism.