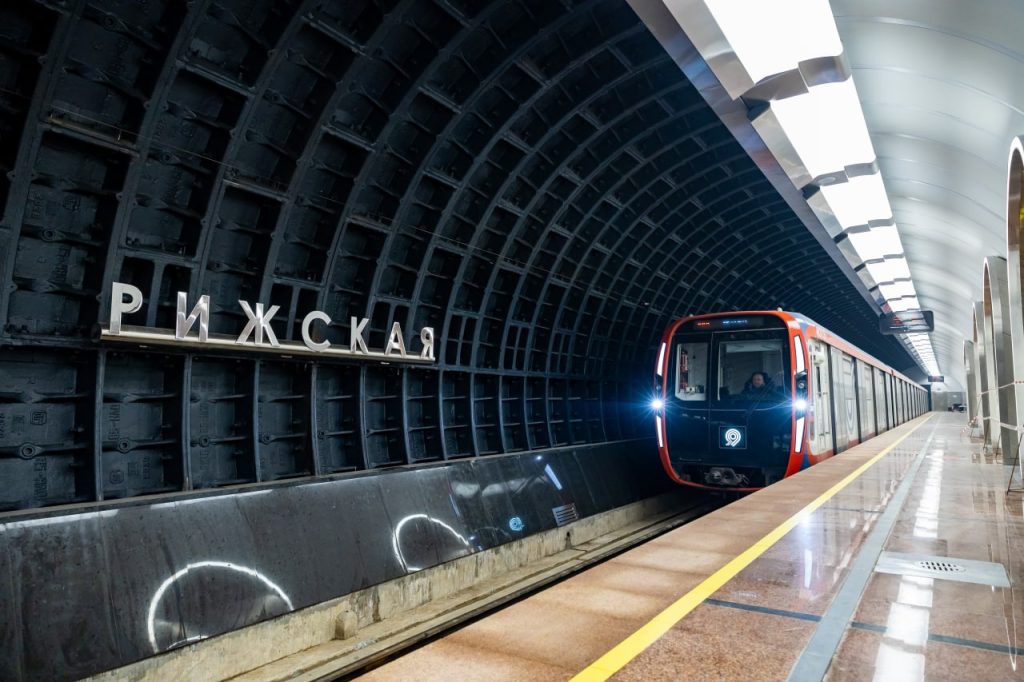 A Moskva-2020 train has started trials on a new 7.2 km Big Circle Line section between Savyolovskaya and Elektrozavodskaya on Moscow Metro network.

In addition, the launch of the new north-eastern section will provide increased connectivity with the metro system through the Sokolniki station on Line 1 relieving the traffic by up to 25%, Rizhskaya (Line 6) and Marina Roscha (Line 10) which will be relieved by up to 20%. New parking lots, crossings and stops will appear near each station.

“We are preparing new BCL stations for the full launch. This is a key infrastructure project in Moscow, it will change the mobility in the capital, relieve the urban transport and the main highways. The line will have 47 interchanges to the existing and prospective metro lines, the MCC, the MCD and the railway system,” Maksim Liksutov, the Deputy Mayor of Moscow for Transport said.

The new stations will improve the transport accessibility for about 900,000 residents of 12 districts of the city, with almost 250,000 of them living within walking distance of the Moscow Metro network. The new section will allow passengers to be able to save up to 40 minutes a day.

22 stations of the BCL are already opened, 10 of them being launched in December last year. In total, the line will have 31 stations. With 70 km in length, the Big Circle Line will be the longest metro circle line in the world, surpassing the Beijing Circle Line (Line 10), so far the global leader.

Currently, on the Big Circle Line section the Moscow Metro is integrating all systems of the new stations with the existing ones. The line will be operated by Moscow-2020 trains which are running on the rail system on the Russian capital. Since 2010, more than 4,000 new generation of railcars have been purchased.

By the end of 2023, the Big Circle Line will be fully operational. Moscow authorities expect that up to 2.2 million passengers will use the transport services along the corridor which will become the “most popular lines of the network” Maksim Liksutov explained.