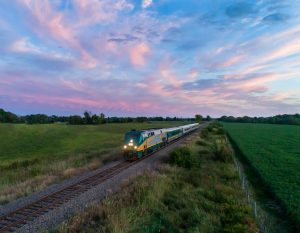 On September 23, the Government of Ontario will close the public consultation on Eastern Ontario Transport plan which will consider possible transport options to improve the way people and goods move around the region.

“Public input is crucial to shaping the future of transport in Eastern Ontario. As we gather feedback from the survey, we will continue to work closely with municipalities, Indigenous communities and organisations, transport agencies, local businesses and the public so that we can deliver transport that will make an impact for decades to come,” Caroline Mulroney, the Minister of Transport said on August 12, when announced the survey.

The public survey will help the developing of a draft transport master plan identifying short-term actions and priorities. The results will also contribute to detailed analysis and consultations to develop a long-term transport plan for the next 30 years.

The Eastern Ontario Transport plan area stretches from the District of Muskoka and the County of Hastings in the west, south to Prince Edward County, east to Ottawa and the United Counties of Prescott & Russell, and north to the County of Renfrew. Eastern Ontario is home to almost two million people and nearly one million jobs which need improved transport connectivity.

The strategy includes the Highway 17 widening from two lanes to four between Arnprior and Renfrew, providing up to CAD 1.2 billion (USD 949 million) for Stage 2 of the Ottawa LRT, as well as the extension of the Community Transport Grant Programme funding for two more years in 10 Eastern Ontario communities. Recently, the authorities announced that intend to restore the rail passenger service in Northeastern, releasing an initial business case.

Currently, the east-central Canada’s province is developing regional plans that will help build a better transport system across the province. In June 2021, Ontario released a discussion paper for public feedback that will inform the province’s first transport plan for the Greater Golden Horseshoe (a large urban region centred around Toronto) and in January 2020, the authorities released ‘Connecting the Southwest: A Draft Transport Plan for Southwestern Ontario’. In December 2020, the province released ‘Connecting the North: A Draft Transport Plan for Northern Ontario’.