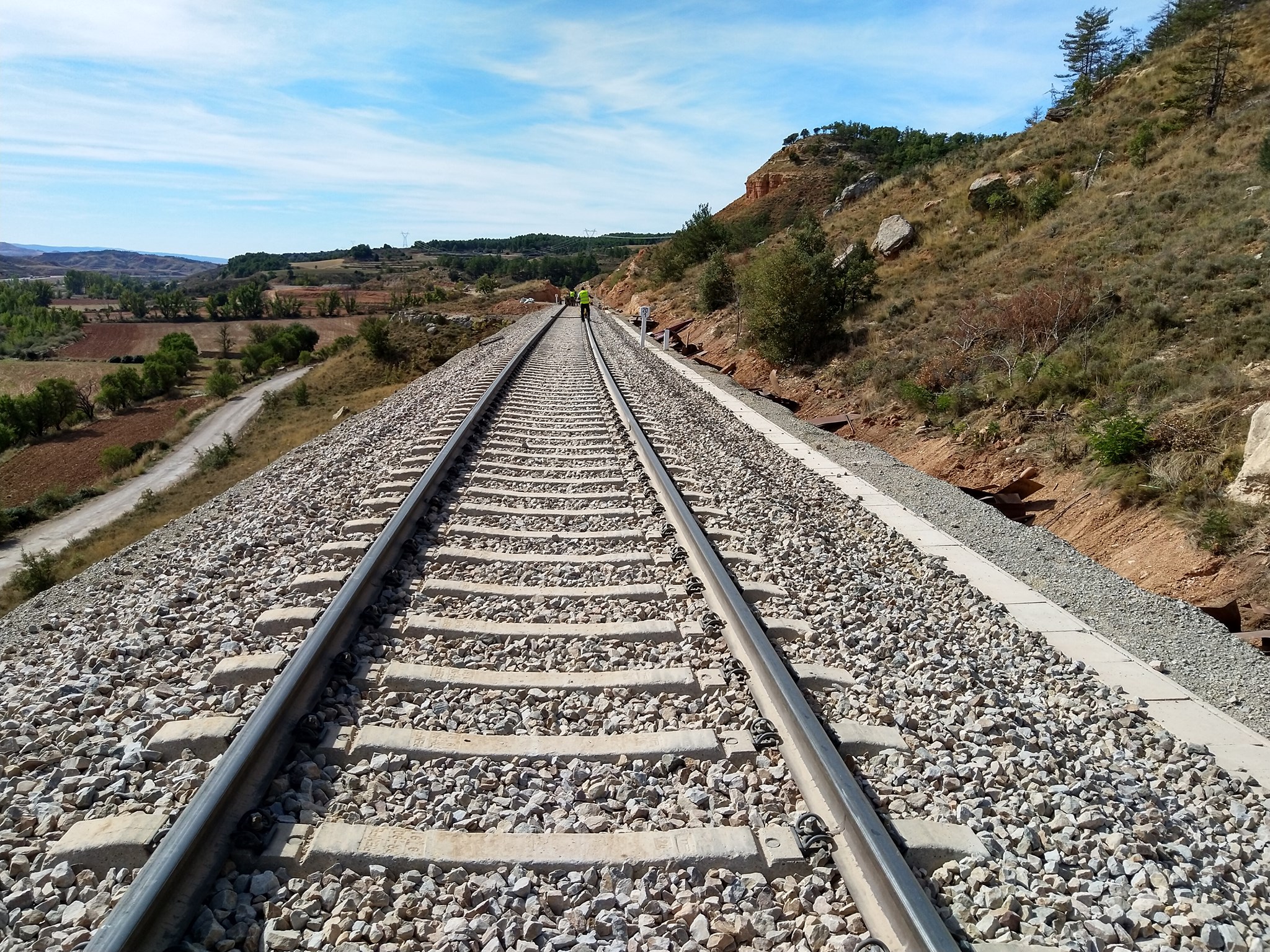 Adif has approved a EUR 45.6 million investment for the implementation of new traffic management systems on the Monreal – Sagunto section on the Zaragoza – Sagunto line providing increased capacity.  Enclavamientos y Señalización Ferroviaria ENYSE won the contract which is expected to be completed in 23 months.

This is the second installation project for these new systems after the award in June of the same actions on the Teruel Bifurcation (the exiting Zaragoza to the south) – Caminreal route.

The automatic block system which will be installed on the single track will make possible the increase of capacity as more than one train can be dispatched between two stations, which means multiplying the volume of traffic compared to the current system that only allows passing of a train.

To this end, the interlocking at stations will be adapted, new signals and beacons for the digital ASFA system (automatic braking and announcement of signals) will be installed, possible negative effects on 25 kV electrification will be eliminated, the fiber optic network will be expanded and will update the Valencia-Font de Sant Lluís and Zaragoza traffic control centres to the future configuration.

The 311 km Zaragoza – Sagunto line is a strategic due to its geographical location for the rail connection between the Mediterranean and the Cantabrian Sea, as it runs through territories with great socio-economic potential and which represent 21% of Spain’s GDP, connecting with the important port areas of Valencia and Bilbao and the logistics nodes at Platea in Teruel, Zaragoza-Plaza or Júndiz in Vitoria.

The development of the Master Plan for this line, with a global budget of around EUR 450 million, is one of the commitments that the Ministry of Transport is fulfilling, as reflected in the investment mobilised to date, which amounts to more than EUR 290 million covering works already executed, in progress, in the contracting phase and other actions in the process of drafting and supervising projects. The objective of the plan is to significantly improve the state of the current infrastructure to continue promoting the Zaragoza – Teruel – Sagunto railway, especially for freight traffic, accommodating 750 metre-long trains. When completed, the development plan will provide increased capacity and substantial travel time reductions for both passenger and freight services, will increase the competitiveness of rail freight services and efficiency and will reduce the operation costs.

By now, most relevant works, the installation of the train-ground system, the renovation of the track superstructure – rail and sleepers, the works on structures to increase axle load up to 22.5 tonnes, as well as the elimination of speed limits on some sections were completed.

Adif is currently electrifying the Teruel Bifurcation (Zaragoza) – Caminreal-Teruel station section, while for the Teruel – Sagunto section the Environmental Impact Statement is carried out.

On the other hand, work is being finalised on the new 750-metre sidings at seven stations which is funded by Port Authority of Valenciathrough the Port Terrestrial Accessibility Financial Fund, and Adif has initiated the necessary process to obtain the authorisations from the State Railway Safety Agency (AESF) for the commissioning of the sidings.

Adif will launch soon a tender for 750m track construction Cella station which will connect with the Platea industrial estate and by the end of the year, the works will be tendered to adapt the dimensions of 19 tunnels and 44 overpasses to the characteristics of the future electrification system. Tender will be also launched for drainage improvement, sleepers’ replacement and track laying on the section between Teruel and Sagunto.