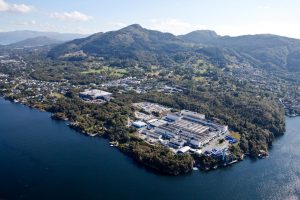 Under an agreement, TMH International will acquire from Rolls-Royce the Bergen Engines medium speed gas and diesel engines business, located in Bergen, Norway. The transaction has been approved by the boards of the two companies and is expected to close in the second half of 2021.

The transaction has a value of EUR 150 million and includes the sale of medium speed engine factory, service workshop and foundry in Norway, engine and power plant design capability, and a global service network spanning more than seven countries.

Bergen Engines will be operated as a stand-alone business by TMH International which intends to develop a long-term strategy based on carbon-neutral applications.

As TMH sees great potential in the low emission developments of the Norway-based manufacturer, the Russian company is focused on the gas engines segment, a technological direction for the future of combustion engines, with demand not only in Russia but also worldwide, Kirill Lipa, CEO of TMH explained. 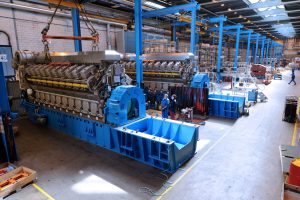 Since 1946, the manufacturer has supplied over 7,000 engines to marine and power generation customers worldwide, of which around 4,000 are still in operation. The company’s long-term relationship with Kongsberg Maritime, distributor of Bergen medium speed engines to the maritime market, is planned to continue as it is. “We believe that the world-renowned Bergen Engines, with its land and marine applications, is complementary to TMH’s expertise in rail applications,” Hans Schabert, President of TMH International added.

The company has been a part of Rolls-Royce since 1999 and has approximately 950 employees, with the majority based in Bergen, Norway. In 2019 the business generated revenues of £239 million (EUR 273 million) which were consolidated within the results of Power Systems business.