In July 2020, European leaders reached an agreement on the recovery package and the multiannual financial framework for 2021-2027, but the European Parliament has noted that the Multiannual Financial Framework (MFF) needs to be improved and rectified in order to accept it. This is because unjustified cuts have been proposed and need to be rectified since Europe seeks to address the challenges it faces and achieve its goals set out in the European Green Deal which are supported by digital transitions and a sustainable economy aiming at meeting the ultimate goal: a climate-neutral continent by 2050.

On December 16th, the Parliament approved the multiannual financial framework for the next seven years after several rounds of major negotiations for flagship programmes such as Health, Horizon (Research), Erasmus + and also agreed on a legally binding roadmap to introduce new sources of EU revenues. As a result of the negotiations, an additional EUR 15 billion has been earmarked to stimulate 10 EU flagship programmes in order to protect citizens in the context of the pandemic, but also to create new opportunities for future generations.

Following approval by Parliament on December 17th, the Council adopted the regulation establishing the Multiannual Financial Framework 2021-2027. This is the final step in the adoption process, thus fulfilling all the conditions in order for the budget for the next seven years to enter into force on January 1st, 2021.

The regulation provides for a budget of EUR 1,074.3 billion for the European Union (at 2018 prices), including the integration of the European Development Fund. Together with the Next Generation EU recovery instrument which amounts to EUR 750 billion, this budget will enable the European Union to secure the necessary EUR 1.8 trillion funding for the period 2021-2027 aiming at supporting all programmes and initiatives in the various policy areas.

In short, the budget will cover seven areas of expenditure and provide the funding framework for the programmes to be carried out over the seven years. The EU will spend EUR 132.8 billion on the single market, innovation and digitisation and EUR 377.8 billion on cohesion, resilience and values. These amounts will increase to EUR 143.4 billion and EUR 1,099.7 billion respectively through additional funding from the Next Generation EU (NGEU), including loans to Member States. Also, EUR 356.4 billion will be distributed in funds to the natural resources and environment sector, amount that will reach EUR 373.9 billion through the Next Generation EU contribution.

The EU’s overall target is to allocate at least 30% of the total value of budget and NGEU expenditures to support climate objectives that will be in line with the Paris Agreement commitments and contribute to those set out in the Green Deal.

The new funding programmes in place include Digital Europe, which will support the digital transition that promotes the widespread implementation and adoption of new vital digital technologies (AI applications, cybersecurity tools) and to this end, the digital component of the Connecting Europe Facility (CEF) will benefit from a significant increase in funding.

Most programmes should be adopted in early 2021. 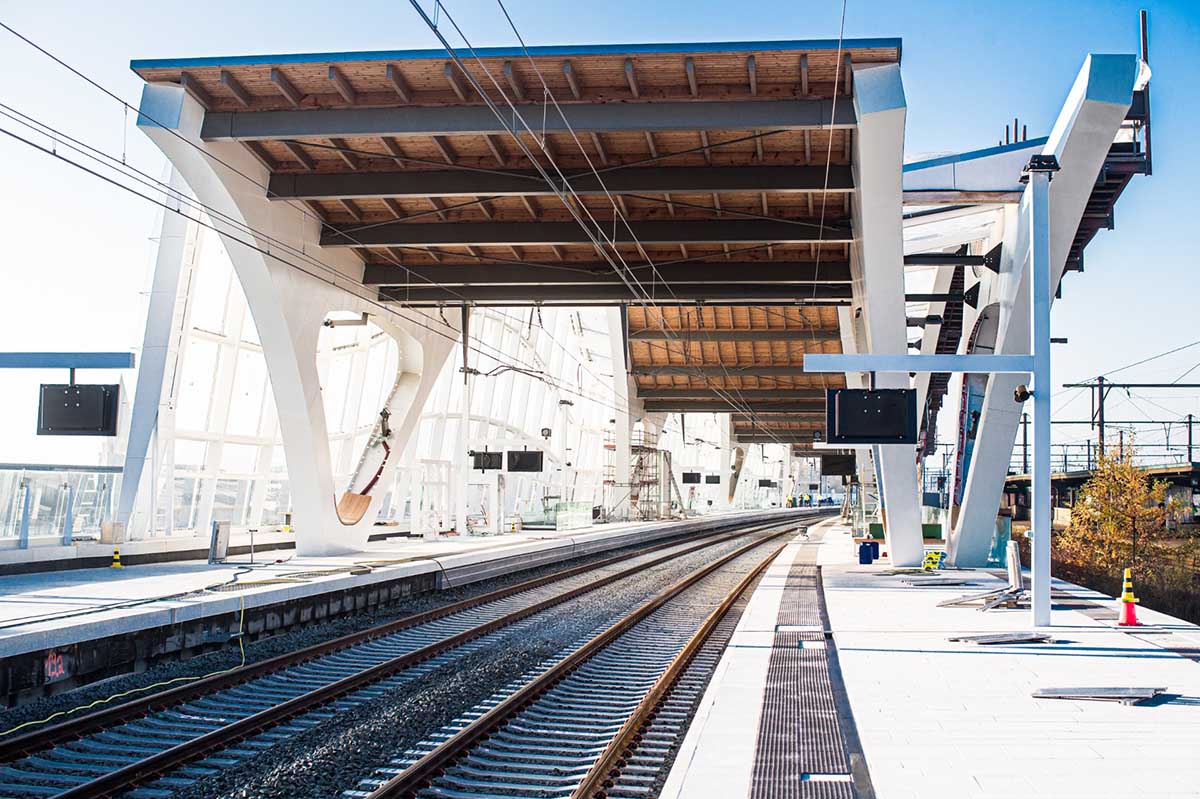 Compared to the other two sectors, the transport area has the largest CEF budget of EUR 11.38 billion for the period 2021-2027. The Cohesion Fund will also have a EUR 10 billion contribution to CEF – Transport. Under Heading 5 – Security and Defence, the Defence programme allocates EUR 1.5 billion to Military Mobility.

The three sectors are vital for a connected and integrated Europe, supporting the formation of a single and digitised market.

Compared to the Commission’s proposal put forward in May 2018, the current version of the CEF experiences massive cuts. For example, the entire proposed CEF budget amounted to EUR 42.3 billion, of which all transport benefited from the highest funds, namely EUR 30.6 billion. For military mobility, encouraging the civilian-military dual-use, a dedicated budget of EUR 6.5 billion was proposed.

CEF supports the creation of networks and infrastructure in the three sectors – transport, energy and digital, in order to contribute to the creation of a single market that works in a sound and efficient manner. Transport is a key component of this single market, contributing to the formation of the transport network, to the transition to a connected, inclusive and secure European space and, primarily, to the decarbonisation of transport – where it emits a quarter of EU GHG emissions – by prioritising sustainable modes of transport. 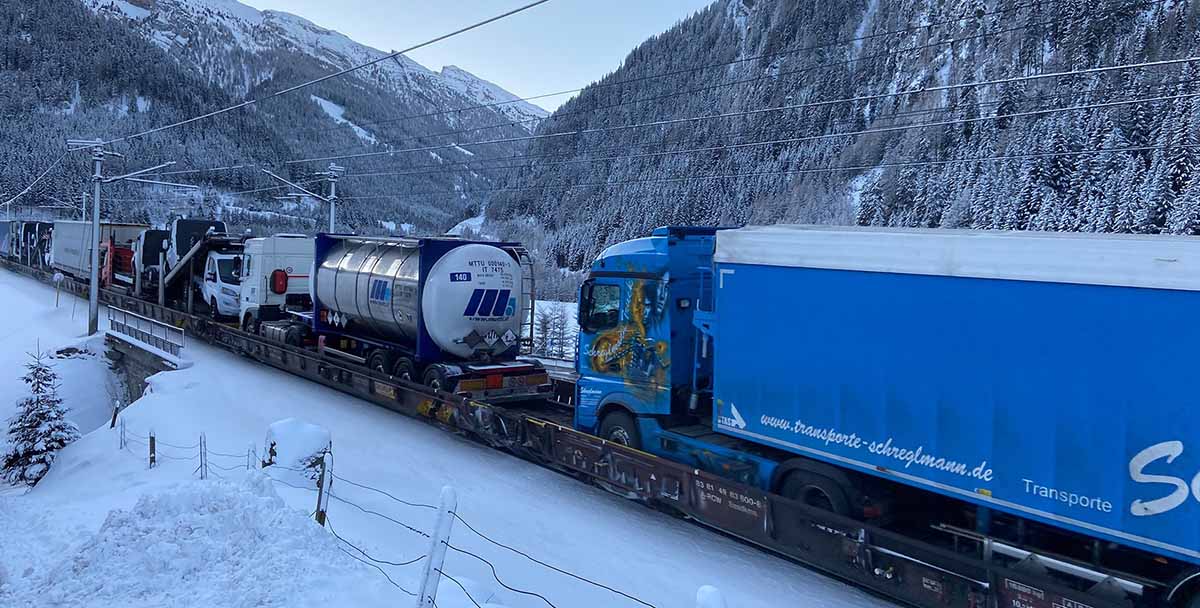 A full year for rail

Here we should mention the Commission’s commitment to promote and encourage rail and inland waterway transport, two major modes of transport that can make a significant contribution to the creation of a sustainable, digital and well-functioning transport system.

From January 1st, 2021 will be dedicated to the railway, through the “Year of Rail” proposal announced by the Commission in March 2020. With a view to implementing the decision regarding this initiative between January 1st, 2021 and December 31st, 2022, a budget allocation of at least EUR 8 million has been announced.

The initiative emphasises the benefits of this sustainable, secure and smart mode of transport, and a series of actions will be put into practice to encourage the use of railways in the mobility of freight and passengers and to contribute to the achievement of the Green Deal. “Our future mobility needs to be sustainable, safe, comfortable and affordable. Rail offers all of that and much more! The European Year of Rail gives us the opportunity to re-discover this mode of transport,” Adina Vălean, European Commissioner for Transport recently said.

Since the EU’s ambitious goal is to create a climate-neutral continent by 2050, transport needs to significantly reduce its emissions (by 90% by 2050), and the rail plays a key role as it emits less than 0.5% of the GHG emitted by the transport sector making it the most reliable mode of transport. In addition, it is extremely safe and can provide the necessary connections for the transport of freight and passengers, encouraging the reduction of the environmental impact.

Although it has clearly superior advantages over other modes of transport, only 7% of passengers choose to travel by train and only 11% of freight is carried by rail. In order to increase the share of this mode of transport, the railway needs support and efforts to reach its full potential. The “Year of Rail” initiative is expected to attract a higher volume of passengers and freight to the rail, which will mean less emissions and pollution from all transport activity at the level of the European Union. Next year, the European Commission will announce its action plan to stimulate the growth of rail passenger transport that will foster the implementation of the recently presented strategy by means of capacity optimisation, simplification and digitisation of the charging system, which should encourage multimodal travel, which again should result in increased ridership.

Moreover, next year will also be an important step towards the Single European Railway Area by implementing the 4th railway package, creating a much more efficient, fast and connected network, in particular at cross-border level, where there are still challenges that need to be addressed in a coherent manner.

Last but not least, the rail system must benefit from an infrastructure that provides additional capacity to attract large volumes of transport – as part of the policy of shifting 75% of road traffic to rail and inland waterways, and to provide fast and digitised cross-border connections – provided by ERTMS deployment.

In order to increase the share of railway transport and shift traffic to the rails, significant investments are needed to support the construction of the TEN-T, with a view to seeing the core network completed by 2030 and the comprehensive network by 2050 respectively.