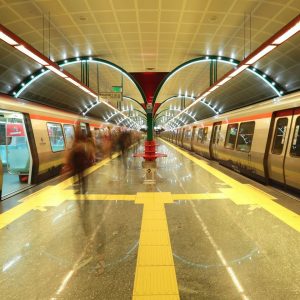 Under the contracts Thales will install its SelTrac CBTC systems on Istanbul’s stage 1 of the M10 Line, Nanchang’s 1st phase of the Line 4 and Incheon Line 2 capacity increase.

In Istanbul, Çelikler Taahhut construction company awarded Thales the SelTrac CBTC contract for M10 Line connecting the Kaynarca district and the Sabiha Gokcen Airport, which will comprise 7.5 km of track served by 4 stations. This will be city’s first metro line to the airport.

Upon completion, the new line will allow connectivity between the Airport and major cities, taking 13 minutes from the airport to Kaynarca, 46 minutes to Kadikoy and an hour to Yenikapı, on the European side.

In Istanbul, Thales signalling solution has already equipped with SelTrac solution the metro M4 line 4 and the new contract will extend the existing technology onto the new line

In China, Nanchang city will install the SelTrac CBTC system on the first section of metro Line 4 from Baimashan station to Yuweizhou station. The first phase of this line has a total operational length of 39.6 km, with 34.1 km underground, 5.5 km elevated. 29 stations will serve the new line. The line is Nanchang longest metro line, with the largest number of stations.

Previously, TST has delivered and installed signalling systems to Line 1 and Line 2 of the Nangchang Metro. This project will allow the Nanchang Metro to continue to support the rapidly growing population of Nanchang, the capital and largest city of the Jiangxi Province in eastern China.

Incheon Metro selected SelTrac CBTC stystem for Line 2 depot to increase its capacity, which will address the need to park the six new driverless trains. The contract was awarded by DaeaTi, a Korean railway signalling technology company.

The trains will be delivered in 2021 with Thales’ Vehicle On Board Controller (VOBC) which were separately contracted with train contractor Woojin Ind in 2019. Since the start of revenue service of Incheon’s L2 metro in July 2016, passenger flow has doubled from 90,000 to 180,000 a day, prompting the need for six additional trains to cope with the increase.

Incheon metro Line 2 is part of the overall Seoul metropolitan metro network, which is currently undergoing modernisation to improve the performance and reliability of the network.