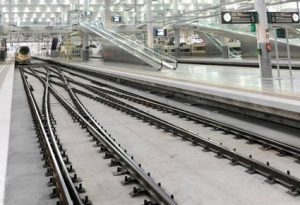 Adif awarded Thales a EUR 68.77 million contract for the maintenance of the signalling and traffic control elements for the Madrid-Seville high speed line. The contract will be carried out over 48 months.

The contract includes both preventive maintenance, aimed at reducing the likelihood of failure of or disruption to the operation of any element in the system, and corrective maintenance, carried out after a fault has been noted. Additionally, it also includes predictive maintenance, based on monitoring of operations and on established parameters, to further optimise the availability of the high-speed lines in Spain.

The Madrid-Seville high-speed line was officially opened in 1992. Thales has been in charge of maintenance of the line from the beginning, as well as maintenance of the La Sagra-Toledo section, which added 21 km to the line’s 470 km of double track in 2005, and of the Cordoba-Malaga line, which enter services in 2007.

Following the award to Thales for the maintenance of the traffic control facilities and detection of 122 km of the Antequera-Granada Line for a period of 20 years and the previous contract for the 105 km of the La Encina-Valencia section of the Mediterranean corridor for 25 years, Thales is now in charge of maintaining more than 2,200 km of the Spanish high-speed network.