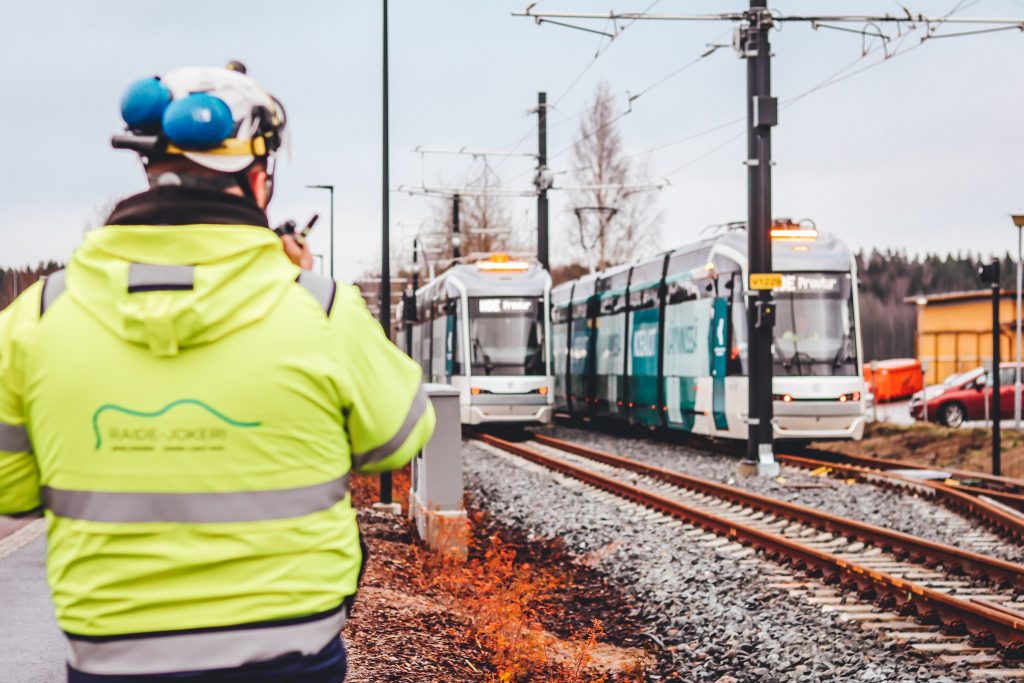 The Jokeri light rail vehicle entered trials in Helsinki on the tram section from the Roihupelto depot to Oulunkylä station. The test runs on the first section of the line will be completed in December.

The testing will start with a slow-speed test to see how the tram moves and is operating along the rail infrastructure. The next step of the project will verify the functionality of the systems, such as the switch control system and traffic lights. Test runs will also be carried out in low-light conditions, and the process will conclude with test runs at full operating speed in the test run area.

The technical test runs of the light rail are divided into six sectios of different lengths, to be carried out from east to west. The test trams will always be driven to the depot for the night, so there will be trams running between the Roihupelto depot and Oulunkylä even after the actual trials in the area are completed.

The aim is for the commissioning testing of the systems and the technical test runs to be completed by June 2023.

The multi-articulated 100% low floor Jokeri light rail vehicle is equipped with free-rotating bogies and is compatible with the existing tram fleet.

Škoda has delivered two Smart Artic X54 trams, and every two weeks, a new vehicle will leave its production site in Otanmäki for the Roihupelto depot, from where will enter test driving process.

The 25 km long Jokeri light rail line will provide transport connection between Itäkeskus in Helsinki and Keilaniemi in Espoo. 16 km of line is constructed in the Finnish capital, while the remaining 9 km in Espoo. The line will replace trunk bus line 550, which is the busiest bus line in the Helsinki region, carrying 40,000 passengers a day. The line is expected to enter operation in 2023 and by 2030 it is expected to transport 91,000 passengers each day. Beginning of the passenger transport on the light rail line 550 will be planned together with HSL and Metropolitan Area Transport Ltd.