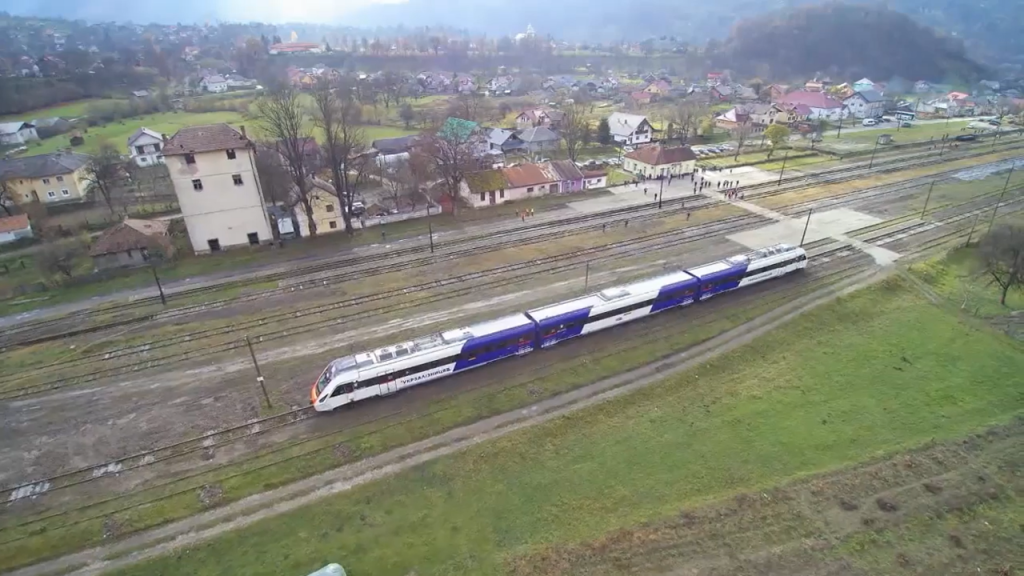 The transit line has been reopened on October 12, 2022, by the Romanian rail infrastructure manager CFR SA, after 16 years since no Ukrainian train used this cross-border line.

To ensure the safety of the track and reopen it, the company has mounted 400 tonnes of crushed stone.

SRCF Cluj is also continuing rail infrastructure repair works to ensure the cross – border traffic flow with Ukraine on the Teresva (UZ) – Câmpulung la Tisa (CFR) – Sighetu Marmației – Bocicoi – Valea Vișeului (CFR) – Berlibas (UZ) rail route. The repair works on the Romanian side are expected to be completed by the end of this year.

Since the was in Ukraine started, the Romanian rail infrastructure manager made sustained efforts to cope with the increase in passenger and freight rail transport capacity at both the Ukraine’s border – through Halmeu and Vicșani cross-border points, and the ones with the Republic of Moldova situated in Cristești Jijia, Socola, Fălciu and Galați Largă. The repair and overhaul works, and the improvement of transit conditions determined the reopening of the railway lines allowing the transshipment between the standard and broad gauge lines. The improved connections have reinstated the cross – border connections after many years of closure.

The completed works on the cross-border connection routes at the Romanian border included:

We remind you that the European Commission and the EIB has announced in October that a feasibility study will be developed to improve the cross-border links to Ukraine and Moldova. The study would consider the extension of four European Transport Corridors towards the two non-EU states which will also include the connections with Mariupol and Odessa ports. The study is expected to be completed by May 2023.