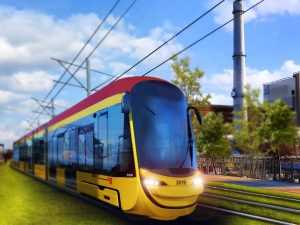 The public transport company of Warsaw, ZTM, has announced a tender for a technical and economic study on the construction of a new tram line along Modlińska street. The selected contractor will have over 10 months to prepare the documentation.

Before work starts, it will be necessary to carry out the Environmental Impact Assessment (EIA) of the investment, to prepare a construction project and obtain a building permit.

The new tram line will be the extension of the route running along Jagiellońska street, crossing FSO factory, a former car factory, ending up in a loop at Home Army. From here, the line will run over the Żerański Canal to be connected with the Młociny bus, metro and tram station to Winnica in the north of the city.

The winner of the contract will propose the way new tracks will run through the road junction with Jagiellońska street and the Home Army.

This is one of the more difficult tasks, as it may not be possible without the reconstruction of some flyovers. A cheaper solution may be to walk around the entire junction from the west along the bank of the Vistula River. 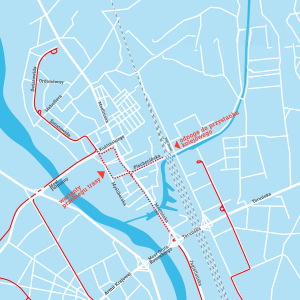 The study will also support the route selection through the new housing district in Stare Świdry. There is also a possibility to build an additional branch to Warszawa Żerań rail stop in Białołęka district in Warsaw’s north area as well as a loop with a transfer point at Familijna car parking area.

The city expects that the project will be implemented through the European funds for which detailed documentation is needed. The investment can be divided into sources including from company’s own budget.

The city of Warsaw is currently working to extend the tram network. Tramwaje Warszawskie, the tram operator, is implementing construction works for 20-km tram extensions to Dworzec Zachodni, Wilanów and Gocław. The company is constructing Wola – Wilanów tram line linking the central and southern areas of the city which will have connection to the metro Line 1 and Warszawa Zachodnia station.