Katowice rail feasibility study  will pave the way for new investment in the railway infrastructure. Rail passenger and freight traffic is expected to be separated. 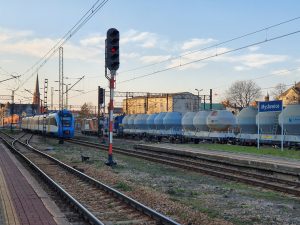 PKP PLK, the Polish railway infrastructure manager, has announced a tender for a feasibility study on the expansion of the railway network in Katowice agglomeration which also includes the railway link to Mysłowice, located near Katowice.

In addition, the study will also identify the new opportunities in Silesian region, which is recording growing interest for rail passenger and freight transport.

As part of the feasibility study the company will analyse the possibilities to construct additional tracks on the Katowice – Mysłowice route.

The assumption of the planned investment is to separate commuter from long-distance traffic, which will increase the capacity on passenger and freight lines, including the routes between Katowice and Krakow. The project will allow more passenger connections and freight services.

The Katowice rail feasibility study  will analyse the assessment of increasing the availability of the railway transport by constructing new stops, including the Mysłowice Kopalnia stop.

The study will analyse five railway lines to determine the scope of work to improve passenger travel and freight transport conditions.

Also the contractors of the study will have to consider the whole traffic in Silesia region, to adapt the traffic demand for several areas while exploring the possibility of longer trains, of up to 750 metres.

The proposals will be analysed with the operators who intend to provide new railway connections in Katowice agglomeration. Passenger and freight traffic estimations will be necessarily to develop the investment options.

The development of the design documentation and the construction works ae planned for the next financial perspective.