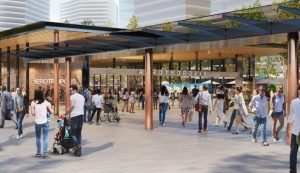 The winner of the contract will also be responsible for providing trains and fitting out all six stations for the Sydney Metro – Western Sydney Airport project in Bringelly suburb.

The contract is expected to be awarded by the end of 2022 and will support 14,000 jobs, including 250 apprentices.

The new metro line will have a length of 23 km served by six stations between St Marys and the Western Sydney Aerotropolis, including two stations at the airport. The line will link residential areas with job hubs including the new Aerotropolis and connect travellers from the new airport to the entire public transport system of Sydney.

St Marys will be an interchange station providing the transport connection to the existing suburban railway (T1 Western Line) and connecting customers with the rest of Sydney’s rail system, while Orchard Hills station will service a future commercial and mixed-use precinct. Luddenham station will offer transport link to a future education, innovation and commercial area, and the two stations at the new airport will serve the airport terminal and at the airport business park.

At Orchard Hills, a stabling and maintenance facility and operational control centre would also be built along the alignment to support operation of metro rail.

In May, Sydney Metro has unveiled the two shortlisted companies to build the infrastructure with contract expected to be awarded at the beginning of 2022.