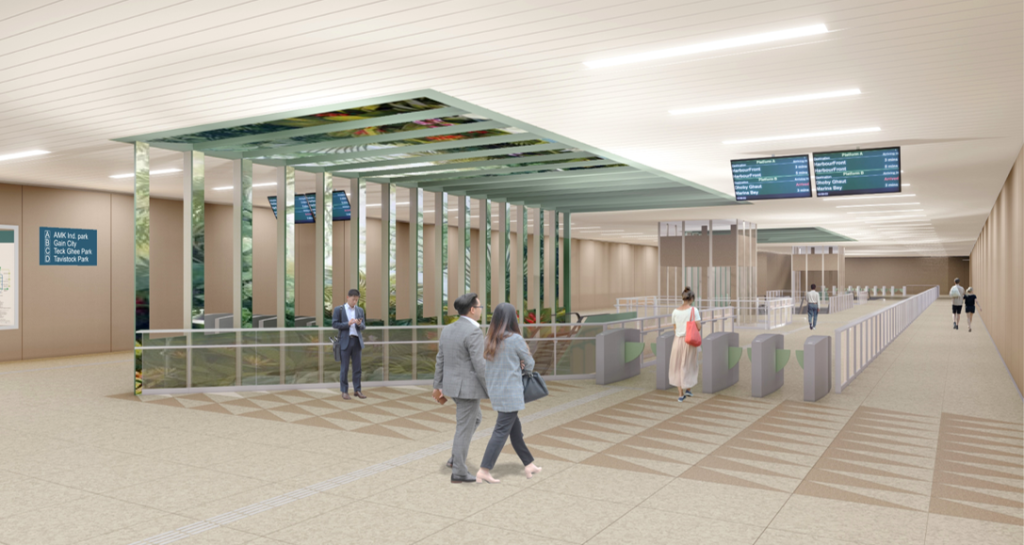 Scott Brownrigg was appointed as the architect for Tavistock station design which will be part of the first phase of the future Cross Island Line (CRL).

Tavistock station design will be created on the Scott Brownrigg’s concept “Park Connected” linking local parks and greened areas at the extents of the station’s reach through its 300m long below-ground concourse and platform, significantly improving access for residents, workers and students in the area.

The new underground station will be constructed beneath Ang Mo Kio Avenue 3 and will serve residential and commercial properties.

“We are delighted to be bringing our skills in rail infrastructure to assist in providing critical public transport to Singapore and its residents, working with global leaders Sato Kogyo and Jacobs,” Andrew Postings, Scott Brownrigg’s Director and Global Lead for Rail said.

Scott Brownrigg’s first rail project in Singapore, the appointment builds upon a long-standing history of working with Jacobs on rail infrastructure projects and allows the team to bring decades of rail experience to a new market.

The first phase of Cross Island Line (CRL1) covers the construction of a 29 km MRT line with 12 underground stations from Aviation Park to Bright Hill. As part of this first phase, recently, the Land Transport Authority (LTA) of Singapore awarded a USD 764 million contract for the construction of Riviera station. This spring, the authority has awarded all civil contracts for the Aviation Park – Bright Hill MRT section.

The entire CRL – to be constructed into three phases – has a length of 50 km served by 22 stations. Once complete, the fully operational Cross Island Line will serve existing and future developments in the eastern, north-eastern and western corridors – providing new and alternative routes for commuters with over half the stations providing interchange with existing lines.