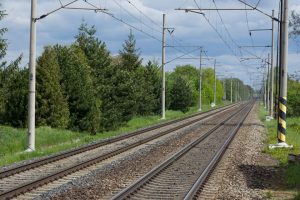 Czech railway infrastructure manager, SŽDC, has launched a tender for the preparation of planning permission documentation for the 23-km Prague-Běchovice – Poříčany line (HSL Polabí), the first section of country’s first high-speed railway. The tender also includes the Environmental Impact Assessment preparation documentation. To speed up the preparation of the project, SŽDC required the railway management of the Central Bohemian and South Moravian regions to update the principles of territorial development, which will include the delimitation of the corridor for the track and its interconnection with conventional lines.

The selection of the winner is based on the best value approach and best value procurement (BVA/BVP) method, which places particular emphasis on the quality performance and not only the lowest price offered.

SŽDC expects that the winner will complete the documentation within 16 months from the contract signing. This period may be extended depending on the possible use of the option. The total estimated value of the public contract is CZK 240.5 million (EUR 9.5 million) if all possible options are exercised.

The first sub-section of the HSR, between Prague and Brno, has entered preparation phase. It will start at Prague Běchovice station and will be connected to the Poříčany – Pečky and Sadská – Nymburk-město conventional lines. The Ministry of Transport has recently approved the first phase of Prague – Brno HSR feasibility study, and the SŽDC is continuing the process of the second stage of the feasibility study.

In September, GEFOS won a contract on the geodetic bearing of the Praha-Běchovice – Poříčany line.

The Prague-Běchovice – Poříčany high speed railway line is expected to be launched in 2025, as the first phase of the Prague – Brno HSR.

According to the initial studies, the first phase of the HSR network will have a length of 650 km and it would be designed for maximum speeds of 350 km/h.