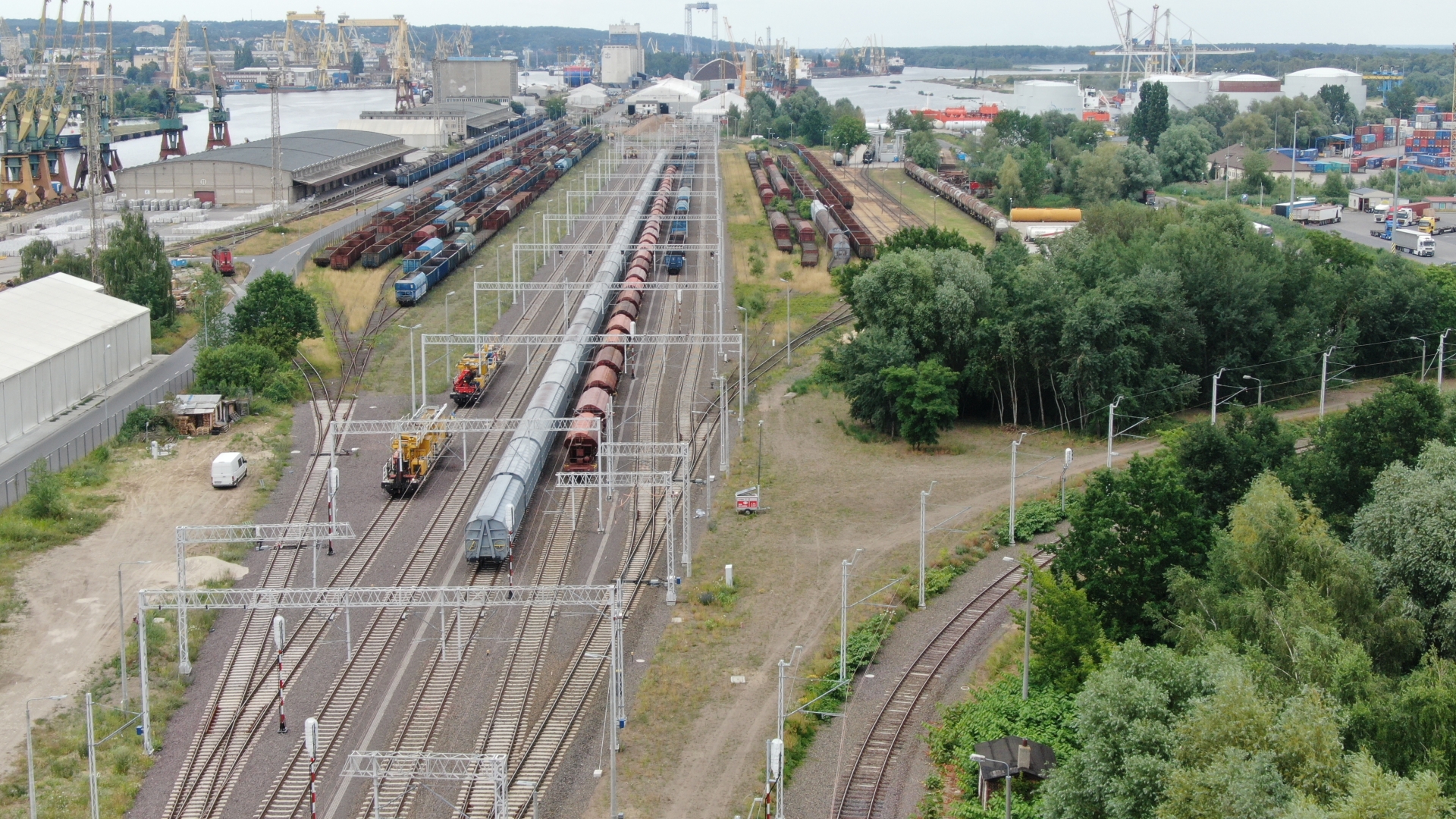 Poland’s rail infrastructure manager PKP PLK announced that the reconstruction of the railway lines to Szczecin and Świnoujście ports at the Baltic Sea is almost completed which will increase the freight flow between rail and sea shipping.
The PLN 1.5 billion (EUR 318.5 million) investment project is co-financed by the Connecting Europe Facility (CEF) with EUR 120 million.

The project will “improve railway access to West Pomeranian seaports and will increase their potential, which contributes to the development of the country’s economy. Thanks to the use of funds from the CEF Connecting Europe financial instrument, ecological rail transport becomes even more secure and competitive in relation to road transport on domestic and international routes,” Andrzej Bittel, the secretary of state at the Ministry of Infrastructure said.

“Thanks to the investment, rail access to ports will be improved, which means that more goods will be transported to and from ports by green transport – rail. It is also an important undertaking for the development of intermodal transport, which contributes to the implementation of the European Green Deal,” Morten Jensen, the Head of Unit at CINEA said.

PLK has completed most of the works at Szczecin Central Port station covering the construction of new track systems with turnouts. Modernised engineering facilities ensure efficient and safe transport of goods to and from the port. Track-work related, profiling and strengthening of embankments, construction of squares and internal access roads, suspension of the traction network are progressing. The construction of a new central control room is in its final stage, to which, as part of the centralisation of rail traffic control, control from five control districts will be transferred. The maintenance and diagnostics centre will be located in the building of the new central control room. The centralisation of rail traffic control will improve the functionality of the station, increase the capacity of the rail infrastructure and the safety of rail traffic.

Recently, PKP PLK has announced its plans to upgrade the railway line from Szczecin Główny station towards the German border. The project also includes the construction of the double track along the signel-track sections. A design contract has been signed with Databout.

At Świnoujście station, most of the work has been completed including the construction of new track system with turnouts and one engineering structure (culvert). In the area of the Port of Świnoujście, a second track has been built between Świnoujście Przytór and Świnoujście stations which is increasing the capacity by allowing more trains.

Due to the implementation of the project, the reloading capacity at the stations belonging to the two ports will increase allowing 750-meter-long trains with a load of 221 kN per axle. This will enable the handling of a greater number of freight wagons, including in containers and freight warehouses will be handled faster and more efficiently. The time of reloading in ports will be shortened from several to even several dozen minutes. In addition, the project will ensure constant access of trains to the quays.

“The projects carried out at Szczecin and Świnoujście ports are important on a national and international scale. Investments increase the role of railways as efficient, safe and environmentally friendly transport of goods and will bring measurable effects for the economy,”  Ireneusz Merchel, the President of the Management Board of PKP Polskie Linie Kolejowe said.

The project is expected to be completed in the second half of 2022. It is part of PKP PLK project to increase rail access to the ports which includes the EUR 600 million project at Gdańsk and Gdynia ports that started in September 2019 and reached its halfway.