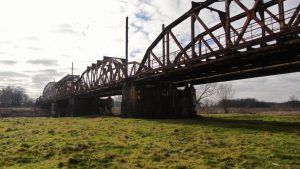 PKP Polish Railway Lines awarded Systra a contract for the development of design documentation concerning the modernisation of railway line 273, on the Księgnice – Brzeg Dolny rail section, in Wrocław area.

The scope of the contract includes the modernisation of the so-called bottleneck of the main connection of Lower Silesia with the seaports of Szczecin and Świnoujście on the Baltic Sea coast.

The major improvements of line capacity will be achieved thanks to reconstruction of the railway bridge over the Odra River. The elaboration of the design will be preceded by detailed sampling and tests that allow for the assessment of the technical conditions of the nearly 400-metre-long engineering facility.

Apart from the bridge, the design documentation also covers a 3-km section of the railway line, were scope of the design included modernisation of track alignment, drainage and culverts, overhead contact system, railway signalling, telecom and non-traction power supply infrastructure. In addition, the contract with Systra also includes a full administrative procedure for obtaining the required decisions and permits.

The modernisation of Księgnice – Brzeg Dolny rail section will allow passenger trains to run at a speed of 120 km/h and freight trains at 100 km/h significantly reducing the travel time and increasing transport capacity.

The project is part of “Works on the C-E 59 railway line on the Wrocław Brochów / Grabiszyn – Głogów section”. The C-E 59 corridor includes the mainline No. 273 Wrocław Główny – Szczecin Główny on the section Wrocław Główny – Głogów, which is a national, main, double-track and electrified line.

The entire line is part of the TEN-T comprehensive network.