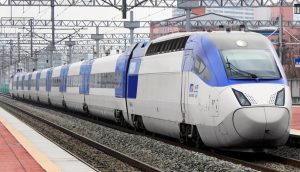 Ricardo was appointed by SG Rail, the special purpose company that will finance, design and build the Seoul GTX-A railway network, to provide system engineering support during the development of Line A of the Great Train eXpress (GTX), the new higher-speed commuter network for Seoul and its surrounding commuter region.
Under the contract, Ricardo will provide system engineering and Independent Safety Assessment (ISA) services to ensure the infrastructure and rolling stock systems are properly integrated and ready to provide a safe and efficient service once operations commence.

“Our experts will put in place the exemplary management procedures that will help support this major investment in Seoul’s transport infrastructure,” said Seok-Kyun Shin, business manager for Ricardo Rail Korea.

The GTX-A network will consist of three standard-gauge lines providing transport connections from Unjeong in the northern, to Seoul’s commuter region and Dongtan in Gyeonggi Province in the south of the city.
GTX Line A will be served by 10 stations, including the city’s main Seoul station interchange. Trains will run at speeds of up to 180 km/h, allowing end-to-end journey times of 40 minutes, more than halving those of the current metro services.

The Line A will enter commercial operation in 2024, while B and C lines are scheduled for 2027, adding a further 130 km to the network.