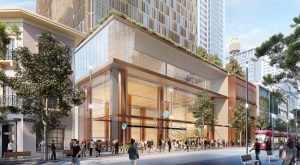 At Pyrmont and at Hunter Street in Sydney central business district will be constructed two stations as part of the Sydney Metro West project.

The new Hunter Street station will have entrances on the corner of Hunter and George streets, and Bligh and O’Connell streets, connecting customers to suburban rail lines as well as light rail.

It is strategically located in the heart of Sydney, allowing commuters to easily connect to Sydney Trains at Wynyard and Martin Place, and Sydney Metro at Martin Place.

The future Pyrmont Station will be located between Pyrmont Bridge Road and Union Street, providing easy access to Pyrmont Bridge.

The two stations join the other seven station locations which have been confirmed for the metro project.

The first major tunnelling contract for the Sydney Metro West project is expected to be awarded in the middle of this year, with tunnel boring machines to be in the ground by the end of next year. The construction on the new metro project started in 2020. 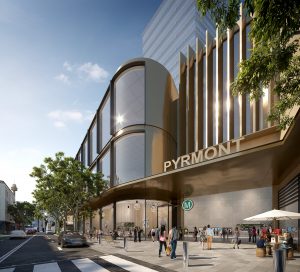 The new 24-km metro line will connect Parramatta to the CBD in around 20 minutes and will double rail capacity between Greater Parramatta and the Sydney CBD. The line will deliver faster, more frequent access to major employment and education centres like Parramatta and Sydney Olympic Park. It will provide new metro station in the heart of the Sydney CBD commercial centre connecting directly to Sydney’s established and growing employment precincts. The station at Westmead will offer transport connection to one of Australia’s largest health and education areas.

The metro line will deliver new rail services for the first time at Burwood North, Five Dock, The Bays and Pyrmont.

Sydney is revitalising its public transport system by implementing complex metro projects. In 2024 the city will benefit a 66-km-long metro system served by 31 metro stations and by the end of the decade, the network will be expanded to include 46 stations and more than 113 km of metro lines. City & Southwest, West and the Western Sydney Airport line are the three projects which will deliver a world-class public transport system.