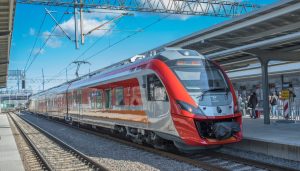 The European Commission concluded that the measures to support the restructuring of Polish Regional Railways (Przewozy Regionalne) are in line with the EU state aid rules, as Poland commits to an accelerated opening to competition of regional passenger rail transport.

In January 2018, the Commission opened a formal investigation to assess whether certain aid measures in favor of Polish Regional Railways were in line with EU state aid policy.

The Commission found that the measures were both proportionate and necessary to ensure the viability of Polish Regional Railways, and thus avoid the serious disturbance in the provision of an important service in Poland that the insolvency of the sole nationwide provider of regional passenger rail services would have caused. In its assessment, the Commission took particularly into account the importance of a well-functioning regional railway service for the Polish population. In this respect, railway services are essential to ensure connectivity such as enabling commuting. It also considered that the Polish regional passenger rail transport sector is, in certain respects, different from other economic sectors, because it provides an important public service on a market that is generally underfinanced and not yet fully open to competition in Poland and at EU level.

“Our investigation showed that the Polish restructuring aid measures in favour of Polish Regional Railways were necessary and proportionate to ensure that the company could continue operating. This avoided serious disruptions in the provision of regional passenger rail transport and ensured connectivity in Poland,” Margrethe Vestager, the Commissioner for Competition said.

The Fourth Railway Package establishes that Member States will have to terminate the practice of directly and unconditionally awarding public service contracts in the regional passenger rail transport sector by 25 December 2023. In addition, such directly awarded contracts may, in principle, have a length of maximum 10 years.

To limit the possible negative effects of the aid on competition, Poland committed to accelerate the shift away from this practice and to complete this process earlier than required by the Fourth Railway Package. Furthermore, Poland has committed to already start gradually opening the market via public tendering. In practice this is possible by not renewing certain existing contracts or by not making use of the maximum possible contract length, before the end date for directly awarding public service contracts.