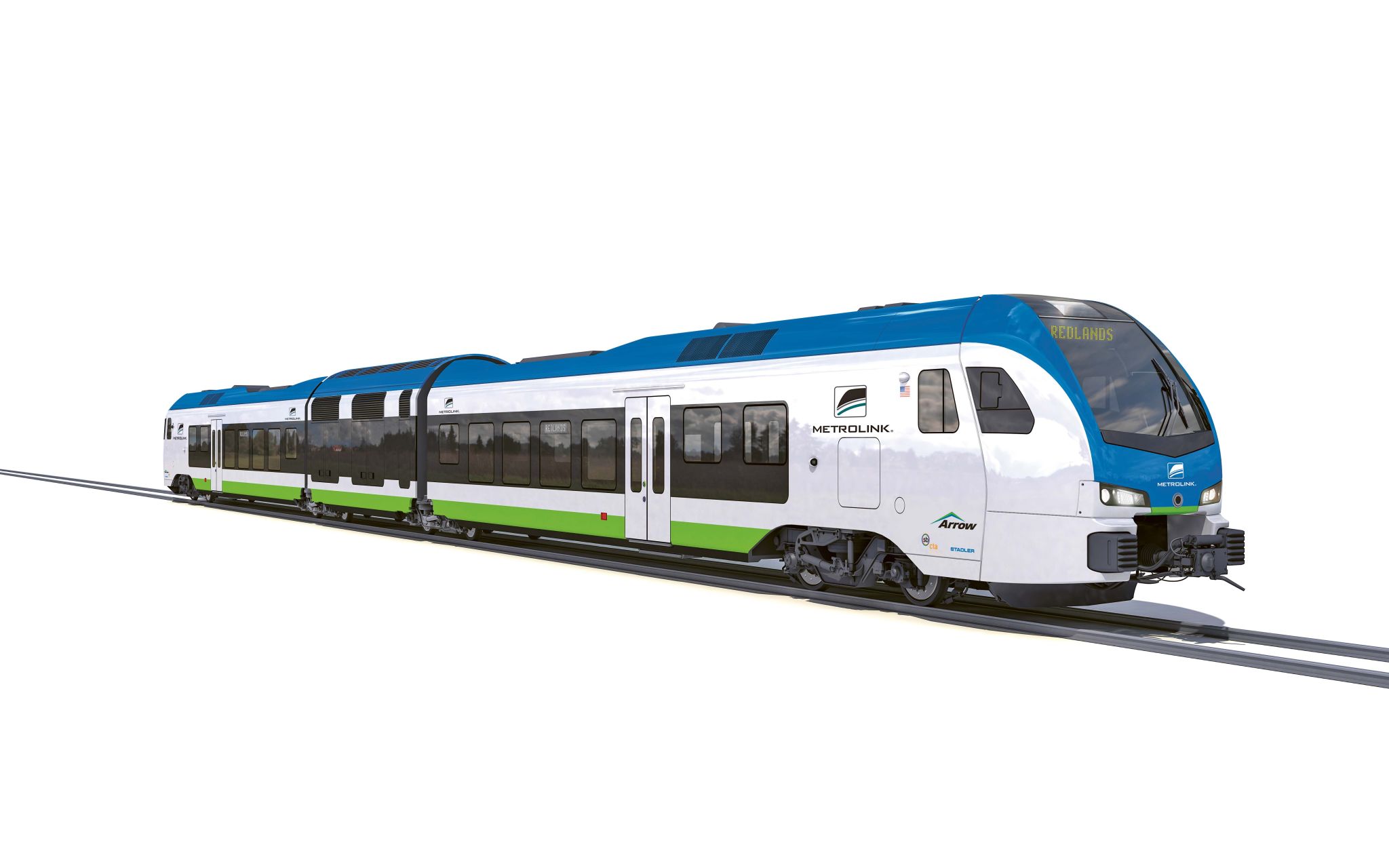 Stadler will present at InnoTrans 2022 seven vehicles featuring sustainable drive solutions including its new hydrogen-powered Flirt H2 multiple unit for acquired by an Bernardino County Transportation Authority (SBCTA) in California. This is the first hydrogen-powered passenger train for the USA and is essential in bringing zero-emission rail technology to the USA.

The Flirt H2 multiple unit will provide passenger service for the USD 359.7 million Redlands passenger rail project covering a 14 km railway line between Redlands and the San Bernardino Metrolink station expected to be put into operation this year. The hydrogen multiple unit consists of two cars and a middle section referred to as the power pack. This holds the fuel cells and the hydrogen tanks. In the power pack, hydrogen is converted into electric current, which is stored in a traction battery. The battery then supplies the vehicle’s drive system, HVAC system and other comfort facilities with power. In this configuration, the train can also recover kinetic energy when braking, so that this can also be re-used to drive the train. The train can seat 108 passengers and offers plenty of additional standing room. It can reach a maximum speed of 130 km/h.
in 2019, SBCTA awarded Stadler a contract to supply a hydrogen-powered train with an option for four additional vehicles. The train of the Flirt H2 type train is planned to enter passenger service in 2024. The two companies started their collaboration in 2017 when SBCTA ordered three Flirt DMUs.

InnoTrans 2022 is the first time when Stadler will display to the general public the seven vehicles which includes: