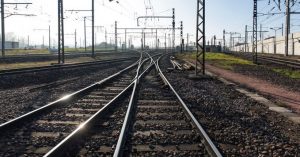 The European Commission awarded SNCF Réseau a EUR 31 million grant under the CEF Blending call to install the ERTMS on 252 rail vehicles comprising passenger trains and freight locomotives. This financing will also be accompanied by debt financing from Caisse des Dépôts in an amount equivalent to the subsidy. Thus, SNCF Réseau will have a total grant support of EUR 62 million to implement the project for its clients, including Sud, Grand Est and Bourgogne-Franche-Comté Regions.

“We are delighted to obtain this grant, which will enable our clients, including three Regions, to equip their rolling stock fleets more easily and quickly with ERTMS. Equipping these 252 rail vehicles is part of a more general approach to implementing ERTMS in France. SNCF Réseau is contributing to this via several projects to deploy ERTMS on its infrastructure, for example on the Paris-Lyon high-speed line and the Marseille-Vintimille line,” Paul Mazataud, who coordinated the project for SNCF Réseau, said.

Most of the selected trains to be equipped with the signalling system will run, at least in part, on the French rail network. The project will help to improve the regularity of trains, their safety, frequency and, where necessary, their ability to cross borders within Europe.

“This project, whose scope is unprecedented, will improve the performance of rail traffic on the main lines, freight lines and regional lines, which will facilitate the movement of trains all across France, in its regions as well as in the other Member States of the European Union,” said Laurent Zylberberg, Director of Institutional, International and European Relations at Caisse des Dépôts.

The grants are the result of the CEF Blending call, an innovative initiative for projects launched in November 2019 as part of the Connecting Europe Facility. Indeed, through the European Green Deal, the European Commission has set itself the main objective of making the European Union the first decarbonated territory by 2050.