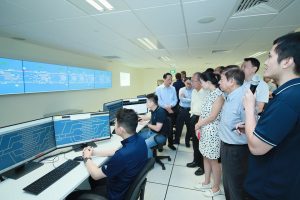 Singapore’s Land Transport Authority (LTA) has announced that all the existing MRT lines will benefit signalling simulation facilities by 2023. In total, five such facilities will be constructed to facilitate more rigorous and sophisticated tests of signalling software enhancements.

In collaboration with Siemens and Alstom, LTA will set up the first two facilities for the Downtown Line (DTL) at Gali Batu depot and for the Thomson-East Coast Line (TEL) at Mandai depot. They will be completed until 2021.

The facilities are equipped with hardware and software similar to the currently signalling systems operating on the rail lines. This allows software patches to be rigorously tested under a controlled environment and with local conditions, before the software is rolled out to the mainline. The project increases the robustness of testing and minimises potential disruption to passenger service.
The phased opening of the TEL by 2024 and the addition of three new stations to the DTL in 2025 will be among the first few projects to leverage the capabilities of these new simulation facilities.

Similar simulation facilities will be set up for the North East and Circle lines at Sengkang and Kim Chuan depots respectively.

At the end of 2018, LTA completed the signalling simulation facility at Bishan depot for the North-South and East-West lines.