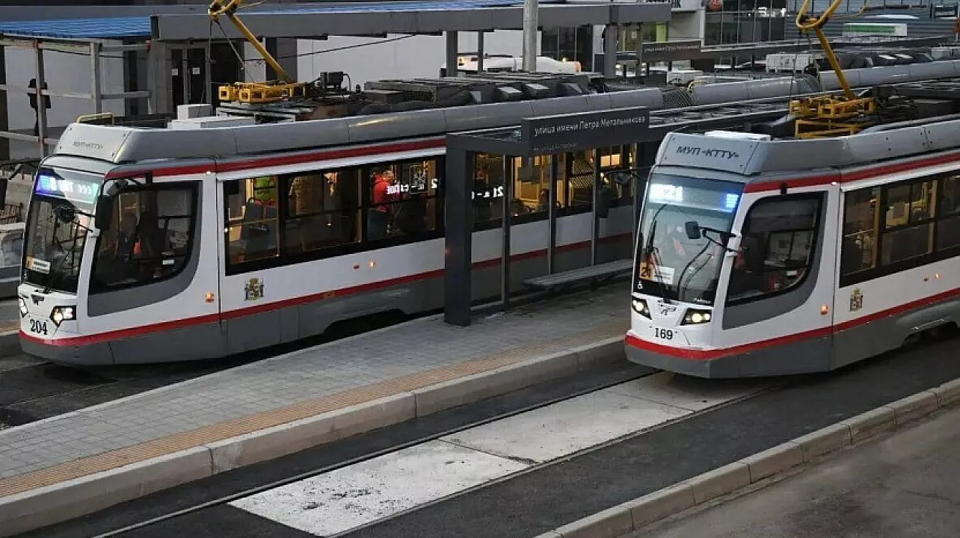 Sinara – GTR Krasnodar, the Krasnodar Territory administration and the municipality of Krasnodar signed a tram concession agreement covering the modernisation and development of the tram network in the western part of the city.

The implementation of the project will improve the transport accessibility of city’s developing regions, as well as the City of Sports and the Park of Achievements cluster currently under construction which will be one of the most important attraction districts.

“The tram is the most convenient and comfortable public transport as it does not depend on road traffic and is environmentally friendly. For new fast-growing districts, this is the best solution, and we will move further in this direction,” Vladimir Arkhipov, the Deputy Mayor of the city said.

Under the agreement, Sinara – GTR Krasnodar will supply new vehicles and will lay 36.5 km of new tracks in four stages until 2026 covering the construction of a 200-metre tram track at a junction with three main roads, a 14.6 km tram line from the western depot to the German Village. From here, a new 11.6 km extension will be built towards Basket Hall Sport Complex which will be connected to the Moscow Street through a 9.6 km new line. The project also covers the supply of 100 new trams within the next three years.

“The development of the tram as a priority type of public transport is provided for by the General Plan of Krasnodar. We know that residents are waiting new routes and the continued renewal of the rolling stock. Together with the regional administrations and the mayor’s office, we will create a convenient and modern transport infrastructure for passengers, which will relieve the road traffic,” Evgeny Vasiliev, General Director of Sinara-GTR LLC said.

The 25-year tram concession agreement stipulates that the construction works, and the tram delivery would be completed by the end of 2026. The Krasnodar administration will be the owner of the constructed tram tracks and purchased cars.

RUB 28 billion (USD 476.2 million) is the total value of the investment RUB 12 billion (USD 204 million) of which is the funding provided by the investor and by the electric urban public transport development programme. The remaining funding is attracted through credit institutions.

“The residents will be able to save up to 30 minutes of travel time due to the new routes and a higher speed of trams compared to road transport. Fast and eco-friendly transport will connect new developing areas of the city with dense high-rise residential buildings. This will give an additional impetus to the development of the western part of Krasnodar and the unique City of Sports complex,” the Governor of the Krasnodar Territory Veniamin Kondratyev said.

Following project completion, passenger traffic will increase by 39 million journeys annually, from currently 43 to 83 million until 2027.

In June 2022, at the St. Petersburg International Economic Forum, Sinara Group and the administration of the Krasnodar Territory signed a socio-economic cooperation agreement which includes the modernisation of city’s urban transport.  The agreement was signed by the Vice President of JSC Sinara Group Alexander Misharin and Governor of Krasnodar Veniamin Kondratyev

Currently, Sinara – GTR is implementing tram projects under concession agreements in Taganrog, a trolleybus concession in Chelyabinsk, and is working on a tram concession in Rostov-on-Don.