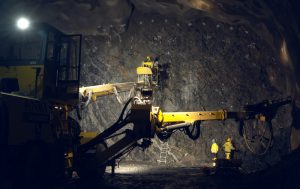 Siemens Mobility won a EUR 21 million contract for the electrification of Stockholm Metro extensions of Yellow and Blue lines. The contract was awarded by Region Stockholm Extended Metro Administration.

Under the contract, Siemens Mobility is responsible for the design, installation, testing and commissioning for a total of 15 rectifier stations, 28 network stations and a cable contract for fully operational installation.

Siemens Mobility is also responsible for the functionality of all the components.

Work will start immediately and will take several years to complete with the delivery taking place in stages during the construction period.

“A well-functioning metro system is an important factor in everyday life for the residents of the Stockholm region,” says Michael Peter, CEO Siemens Mobility.

Stockholm Metro extensions will see a new section on the Yellow Line from Odenplan to Arenastaden. This section will have 4.1 km served by three stations. Transport services are expected to start in 2028.

The Blue Line will have two extensions. The north-west extension will run from Akalla to Barkarby and will have three stations, while the south east expansion will provide metro connection from Kungsträdgården to Nacka and Söderord with nine new metro stations. The extension of the metro system to Nacka, Södermalm and Söderort covers a distance of 11 km and will be constructed entirely underground.  The south east extension is expected to enter operation in 2030.

In addition, the Blue Line will be connected to the green Hagsätra branch, and a new section will be built between Fridhemsplan and Älvsjö which will have 5 stations.