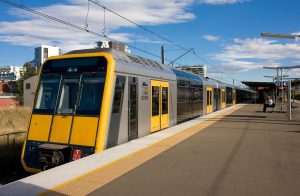 The new system will be operated from the rail operations centre and will work alongside other systems used by Sydney Trains to control train operations.

The new signalling system is due to be available for operation in 2023 and will work alongside other systems used by Sydney Trains to control train operations. It continually monitors the position of all trains, helping to keep services running as planned and assists with responses to incidents.

“This is an important step in the process of upgrading our network with internationally proven technology that boosts safety, capacity, reliability and enhances the customer experience,” Minister for Transport Andrew Constance said.

The traffic management system is a key component of the digital systems programme that will progressively replace the legacy signalling and train control technologies with modern and intelligent systems.

The programme will increase safety and reliability by replacing traditional trackside signalling equipment with the latest ‘in cab’ train control technology (ETCS Level 2) and implementing the Automatic Train Operation, to improve operations and reduce journey times.

Digital systems will initially be deployed to two sections of the T4 Line from Sutherland to Cronulla and from Bondi Junction to Redfern. The T4 Eastern Suburbs line runs between Bondi Junction in Sydney’s east and Redfern, south of the Sydney central business district. It is mostly underground and consists of 7 km of bored tunnels and 1.5 km of cut and cover tunnels, and 2 km on the ground.

Planning for future deployments of digital systems to other parts of Sydney’s rail network is currently underway.

The Digital system programme is part of More Trains, More Services project and will help achieve the vision of Future Transport 2056, enabling an increase in capacity across the railway network to meet future demand, and improving customer experience by delivering more reliable services, reduced journey times and enhanced real-time information.

In 2018, the NSW Government allocated over AUD 800 million (USD 576.3 million) towards the first stage of the programme, which involves developing, testing and validating digital systems on parts of the T4 Line, from Sutherland to Cronulla and from Bondi Junction to Redfern. The programme will be implemented until 2025 when ATO will enter services.