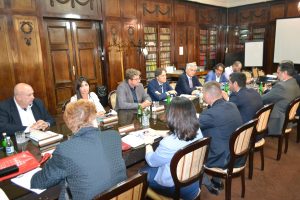 Serbian railway projects are of great importance for Siemens Mobility which is interested to participate on the modernisation, construction and training of young railway experts. These issues were discussed during a meeting attended by country’s Minister of Construction, Transport and Infrastructure Tomislav Momirovic, and the representatives of Serbian Railway Infrastructure, Srbija Voz and Srbija Kargo hold a meeting with a delegation Siemens Mobility led by CEO Michael Peter and Udo Eichlinger CEO at Siemens Serbia.

The Serbian side has presented the modernisation and construction projects with an emphasis on the upcoming construction of the high – speed railway Belgrade – Nis – Presevo – the state border with North Macedonia. They also discussed the procurement of electric trains able to run at speeds of up to 160 km/h for regional passenger railway traffic across the country, the possibility of procuring new passenger trains for the Belgrade city railway network and the expansion of BG Voza lines, as well as the maintenance of 16 Vectron multisystem locomotives, which was acquired from Siemens by the rail freight operator Serbia Cargo.

The Minister Momirović pointed out that the entire rail sector was faced with numerous difficulties in the previous period, but that extremely large infrastructure and investment projects are currently being implemented in the country, so that this transport system can return to its rightful place as soon as possible.

Serbia is currently constructing the high – speed railway on the Belgrade – Novi Sad route and the minister introduced to Siemens delegation the other projects that are being implemented in Serbia. 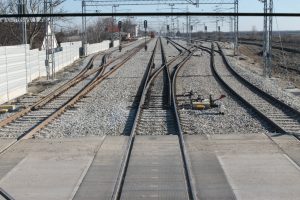 The Acting General Manager of Serbian Railway Infrastructure Nebojsa Shurlan presented Siemens Mobility’s delegation the activities on the construction of the 15.7 km Sobovica – Luznice – Batocina rail section in Kragujevac which also covers the construction of an 890-meter-long industrial track, which is extremely important for Siemens’ factory in Kragujevac.

The representatives of Siemens Mobility highlighted that the company is ready to support Serbian railway projects including the maintenance of the locomotives, wagons and coaches, providing all the necessary training for employees and technology, as well as train equipment, so that Serbia can better integrate its railways with the European system.