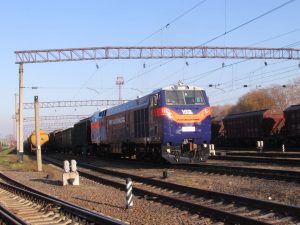 In 2019, Ukrainian Railways transported 40.5 million tonnes of grain which is a record amount over the last years. Compared to 2018, this is a 20.1% increase.

Currently there is an annual increase of grain yield, which led to an improved logistics market, including Ukrainian Railways’ activities. In total, 35.3 million tonnes of grain were transported for export during the previous year, representing a 30 % increase. At present, the company has a 28-thousand grain fleet.

The company has implemented the schedule routes system, with 180 stations using it. This is an effective model of schedule routes, when the freight trains depart strictly on time. In December, Ukrainian Railways offered over 500 scheduled routes to the market. It helped to increase wagons operation to 6-7 days and, consequently, the speed of grain shipping for export was increased.

Ukrainian Railways is planning to continue increasing the amount of transport, particularly, by better cooperation with farmers, ports and all of the market participants to boost wagons loading technological processes.