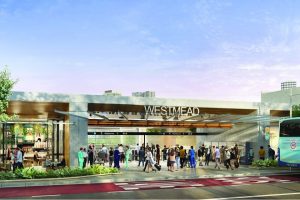 Transport for New South Wales has opened public consultation for Sydney Metro West project as part of the first Environmental Impact Statement (EIS). The community is able to provide feedback until 26 June.

“Sydney Metro West is truly a once-in-a-century project which will forever change how we get around our great city. It’s been almost 100 years since the Harbour Bridge transformed Sydney. Now this underground Metro is going to be the modern day game changer for our city, serving us for decades to come,” Minister for Transport Andrew Constance said.

Under the consultation for Sydney Metro West project’s EIS the highlighted benefits include traffic reduction on the existing suburban train lines and stations, on the T1 Western Line, T9 Northern Line and the T2 Inner West and Leppington Line. In addition, the project will provide passengers direct and fats connections, allowing more capacity for Sydney Trains to the west and outer west directions.

The EIS reveals a 32% fall in customer numbers on the T1 Western Line at Parramatta in 2036, a 36% reduction at Strathfield and a 35% reduction at Redfern. The project will also cut crowding by about 30% at North Strathfield, Strathfield, Redfern and Burwood railway stations. This will result in less waiting time for passengers and improved performance of Sydney Trains.

By 2036 the project will also eliminate 83,000 car trips during weekdays and 110,000 fewer by 2056. It will also reduce traffic volumes on Parramatta Road and Victoria Road, improving the reliability of bus services.

It is expected that when it will be opened, the new metro line will have a capacity of 40,000 passengers per hour and direction between Westmead and the Sydney CBD. The target travel time for Parramatta to the city is about 20 minutes, 10 minutes quicker than current rail journeys. The journey from Sydney Olympic Park to Parramatta will be reduced to 6 minutes from currently 18 minutes.

In addition, rail transport will benefit more train services. From currently 56 trains per hour in Parramatta, the services will be increased to 116, providing an increased capacity for 157,600 passengers per hour, from currently 65,440.

In April, the New South Wales Government has called for expressions of interest for the construction of the Westmead- The Bays section.