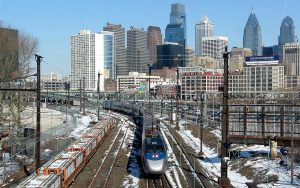 The U.S. Federal Railroad Administration has announced that positive train control system (PTC) has been fully deployed prior to the statutory deadline of December 31, 2020, set by Congress.

The technology is in operation on all 57,536 required freight and passenger railway route miles.

In addition, as required, FRA has certified that each host railway’s PTC system complies with the technical requirements for PTC systems. Furthermore, railway companies have reported that interoperability has been achieved between each applicable host and tenant rail that operates on PTC-governed main lines.

“On behalf of extraordinary professionals at FRA and myself, I congratulate the railways, particularly their frontline workers, as well as PTC system suppliers and vendors on this transformative accomplishment,” said FRA Administrator Ronald Batory.

The positive train control system is designed to prevent train-to-train collisions, over-speed derailments, incursions into established work zones, and movements of trains through switches left in the wrong position.

FRA has collaborated with 41 railway companies over a decade to implement the new technology. Among the operators, seven are Class I railways, Amtrak, 28 commuter rail companies, and 5 other freight railways that host regularly scheduled intercity or commuter rail passenger service. The Department of Transportation has provided USD 3.4 billion in grant and loan funding to support the companies and other entities to implement the technology.

The Rail Safety Improvement Act of 2008 mandated the implementation of PTC systems on Class I railways’ main lines over which 5 million or more gross tonnes of annual traffic and certain hazardous materials are transported, and on any main lines over which intercity or commuter rail passenger transport is regularly provided. The Act and FRA’s implementing regulations also require PTC systems to be interoperable, meaning that the locomotives of host and tenant railways operating on the same main line must communicate with and respond to the PTC system, including during uninterrupted movements over property boundaries.

In October 2015, the Congress extended the deadline for full implementation by at least three years to December 31,2018 and required FRA to approve any railways’ request for an “alternative schedule and sequence” with a final deadline not later than December 31, 2020, if a rail demonstrated it met certain statutory criteria by December 31, 2018.