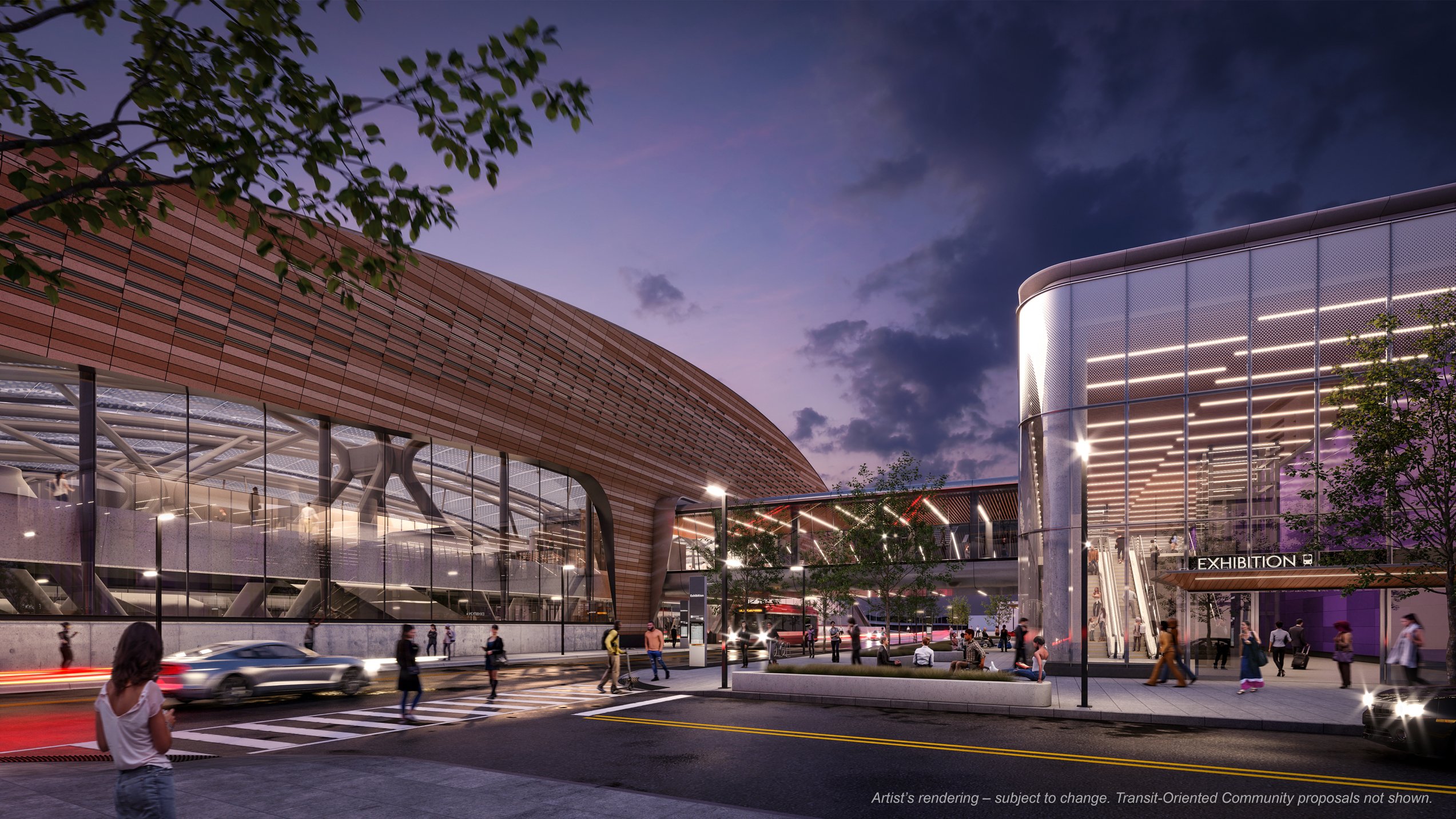 Infrastructure Ontario has announced the preferred bidders for the rolling stock, systems, operation and maintenance and construction of the south section of Ontario Line in Toronto. The two contracts are expected to be signed by the end of this year.

The selected teams are:

The south section civil contract covers the construction of 6.7 km railway line which will require the construction of 6 km of tunnels. Seven stations will be built along the route, 6 of them underground. Construction is expected to commence next year and take seven years to complete. The section will be constructed between Exhibition/Ontario Place and the Don Yard portal, west of the Don River.

The RSSOM contract includes the design, construction, financing, operation and maintenance services for the train fleet for a period of 30 years. Webuild says that has an estimated EUR 450 million stake under the joint venture and is responsible for the civil works and a 10% stake in the Connect 6ix project company.

Ontario Transit Group and Connect 6ix each ranked first after the evaluation of the respective requests for proposals received in June 2022. Infrastructure Ontario and Metrolinx will continue negotiations to finalise contract details with these teams.

The Ontario Line is being delivered under various contracts, procured through P3 and traditional procurement models. Procurements for RSSOM and South civil, stations and tunnel packages are nearing contract award. For the North civil major works the RFQ is scheduled to be issued in late 2022 or at the beginning of 2023. The procurements are being staged in coordination with other significant transit projects for their successful delivery. In March 2022, Metrolinx has started the upgrade works for the Exhibition station which will be one of the interchange station on the new line.

The CAD 11 billion (USD 8.3 billion) project covers the construction of a 15.6 km line connecting the Ontario Science Centre and Exhibition/Ontario Place. Over half of the route is planned to run underground through new tunnels, with the remainder running along elevated and at-grade rail corridor sections of track. 15 stations are proposed, with numerous connections to the broader transit network, including GO Transit rail services, the Toronto Transit Commission’s metro Lines 1 and 2, the future Line 5 (Eglinton Crosstown LRT), as well as numerous bus and streetcar routes.