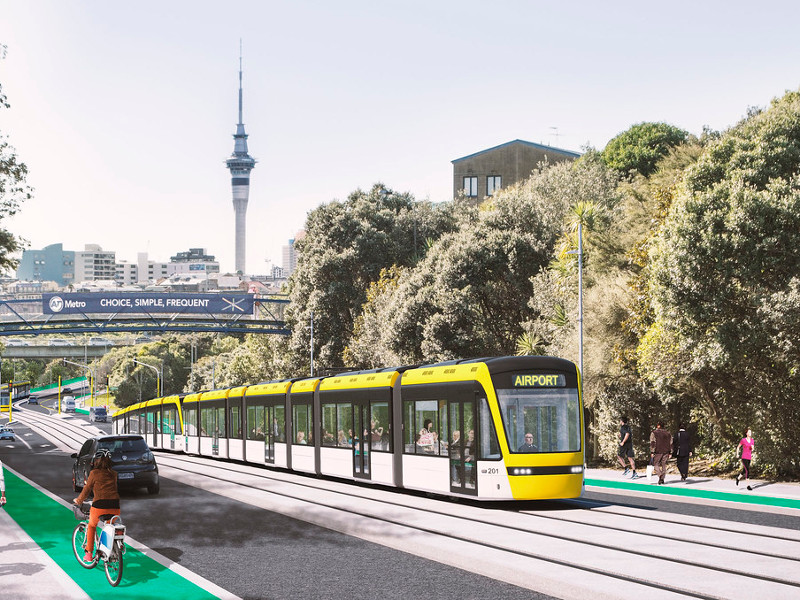 Two preferred bidders have been announced to plan and design the next phases of Auckland light rail system and Waitematā Harbour connections as part of city’s rapid transit expansion programme.

Aurecon and Arup are the companies in the alliance named as the preferred bidder for the next phase of Auckland Light Rail.

Waka Kotahi, and partners Auckland Transport and Auckland Council have named an alliance of four companies, WSP, Beca, SYSTRA and COX Architecture as its preferred bidder for the next phase of the Waitematā Harbour Connections project.

Both alliances are responsible for the planning and design of their respective projects, which are at different phases of development. The work will start quickly on the next critical planning phases to expand Auckland’s rapid transit system and provide seamless travel options for Aucklanders.

Auckland LRT will be 24 km long half of which to be constructed underground which will provide connection between the centre of the city and Auckland Airport. The alliance for the light rail system will plan and design the final route of the line and the proposed locations of up to 18 stops. In addition, will develop a business case for the final corridor “developed by the Auckland Light Rail Establishment Unit, as well as look at how the system will be built and prepare the consents needed for construction,” Tommy Parker, Auckland Light Rail Project Director said.

Two additional and separate contracts have also been awarded by Auckland Light Rail. Atkins NZ (SNC-Lavalin) will work with Aurecon and Arup to develop the way light rail is operated and maintained when open, while the law firms Buddle Findlay and Simpson Grierson will progress the legal work for Auckland Light Rail.

Waitematā Harbour Connections project will provide for a fully multi-modal solution to investigate future transport options across the Waitematā Harbour, the main access by sea to Auckland, and beyond.

“Advancing a modern and world-class rapid transit system and transforming the way Aucklanders get around their city including crossing the Waitematā Harbour, has attracted two outstanding teams with significant national and international experience,” Auckland Light Rail and Waka Kotahi NZ Transport Agency said in a joint statement.

While the development of Auckland light rail system and the Waitematā Harbour Connections are separate projects, together they underpin expansion of a rapid transit network better connecting road, rail, bus, walking and cycling links. The projects will encourage quality growth, give people more travel choices, make the transport network for Auckland and beyond more resilient, and tackle congestion and harmful pollution.