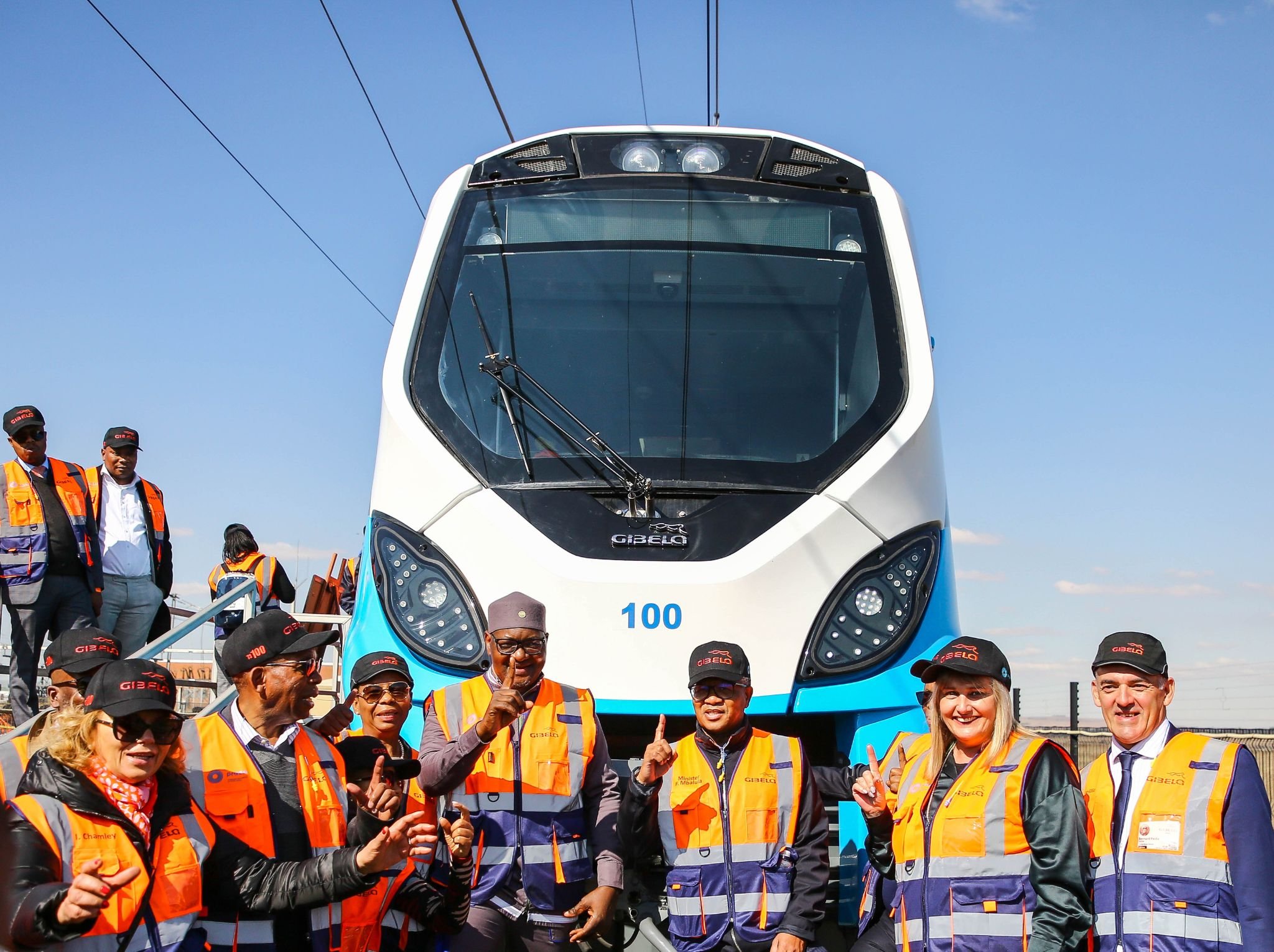 The Passenger Rail Agency of South Africa is a South (Prasa) has celebrated the 100th X’Trapolis Mega train manufactured at the Gibela Rail Consortium Dunnottar factory in Ekurhuleni, east of Johannesburg.

“It is a honour to see this 100th train manufactured out of our state-of-the-art train manufacturing factory here in Ekurhuleni. This is a significant milestone which demonstrates tangible progress towards the realisation of our policy of positioning rail as the backbone of our public transport system,” the minister of transport said.

This achievement puts Gibela on the right track to reaching the target of manufacturing 600 six-car trains (3,600 railcars) for the Prasa. R 1 billion (USD 58.25 million) was invested in the state-of-the-art Dunnottar factory which is among the most advanced train manufacturing plant and produces train sets for Passenger Rail Agency of South Africa.

A R 59 billion (USD 3.4 billion) contract was signed with Gibela Rail Consortium comprising Alstom (70%) and Ubumbano Rail (30%) for the supply of the 600 X’trapolis EMUs. 20 electric trains were manufactured at Alstom’s facility in Brazil while the remaining 580 trains will be built in South Africa, involving 71 domestic suppliers which paves the way to achieve a 65% localisation target.

The contract was signed for a period of 18 years. The first locally built train rolled out of this factory in 2018.

These trains are capable of achieving a top speed of 120 km/h, and have all of the latest safety features, which include an anti-crash system to protect drivers and passengers. The 13-metre long trains are designed to accommodate South Africa’s narrow gauge trail tracks. The new trains have the capacity for up to 1,200 passengers and are equipped with climate control systems and to enhance security system, as well as closed-circuit televisions (CCTV).

The project is part of the rolling stock fleet renewal programme worth R 123 billion (USD 7.16 billion) and aims of revitalising the rail industry and promoting commuter rail as a transport mode of choice.

The procurement of new rolling stock is an essential component of Prasa’s mandate to provide for modernisation and growth to achieve long-term safe, reliable, and affordable commuter and long-distance passenger services.

Through the private partnership, the government plans to rehabilitate the local railway sytem, whilst the milestone is seen as a giant leap towards the attainment of affordable integrated public transport network.