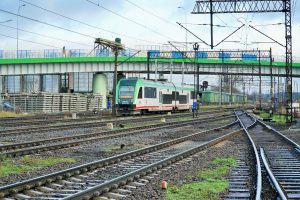 Polish PKP Railway Lines has selected the projects under the second phase of Kolej Plus programme. The submitted projects have a total investment value of PLN 30 billion (EUR 6.7 billion).

The railway infrastructure manager evaluated 96 applications submitted by local governments. 79 of the submitted proposals, or 80%, meet the criteria and the objectives of the national project and may be qualified to the second stage of the call for proposals.

The applicants provided the required information about the projects, including the data on social conditions, the assumed effects and impact of the projects, along with an indication of the expected travel times, estimated costs and inclusion of projects in the strategic documents. The local governments also declared their will to co-finance the investments.

The projects cover all Poland’s provinces and include the revitalization, reconstruction and construction of the railway infrastructure which will create seamless transport connections.

Now, the local governments will draft a preliminary planning and will analyse the studies of the submitted projects. 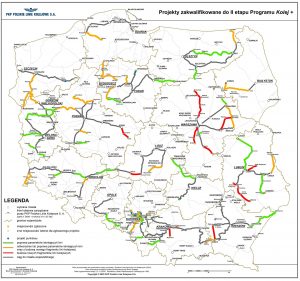 Under the second phase, the local governments will have 12 months to prepare an initial planning and forecasting study. In order to develop a uniform standard of the concept, the governments will work on the tender documents provided by PKP PLK. “The involvement of local governments shows how important the Kolej Plus programme is for our society. The next stage will be the development of preliminary planning and forecasting studies in order to consistently aim at the implementation of tasks that will reduce transport exclusion and improve access to the railways,” Ireneusz Merchel, the CEO of PKP PLK said.

The Kolej Plus programme that involves the local and regional railway infrastructure, will allow the restoration of rail connections to cities that do not have access to railway transport.

“We restore new connections and the number of stations where trains stop is increasing. The plans show that by acting together, we can combat the communication exclusion in Polish regions,” Andrzej Bittel, the secretary of state at the Ministry of Infrastructure, said.

The main objective of the programme is to provide the rail connections in towns with more than 10,000 inhabitants with the provincial cities. The programme will contribute to eliminating the transport exclusion by ensuring better access to railways. The implementation of Kolej Plus will improve the living conditions of the inhabitants and increase the attractiveness of many regions of Poland.