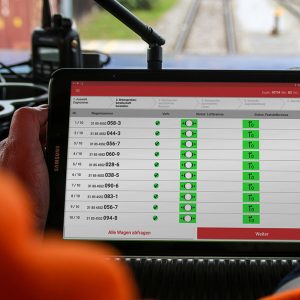 The result is a digi­tal measuring system is providing three major benefits.  The system is easy to install taking just a few steps, it permanently generates required data and then provides the data in real-time on online-platforms.

“The autonomous measu­ring system is a quick, flexible and stable solu­tion, which can be easily integrated in the exis­ting operating systems of our customers. Due to proven standard components, the system is very stable. By the innovative combination of proven tools, we managed to create numerous additio­nal features”, Martin Joch, CEO of PJM said.

The functionality and reliability of the new system had been proven and well–tried by various international projects.

With the autonomous measuring system PJM has set another milestone in digitalising rail freight cargo.

Due to the WaggonTracker sys­tem, featuring both monitoring functions and automated processes such as automatic brake test and load monitoring, PJM has strongly pushed innovation in the railway sector. The digital expertise has been extended by the autonomous measuring system. Besides, com­ponents of the WaggonTracker system were adopted, and the power supply is provided by a hub generator. The autonomous measuring system can be applied in rail freight cargo but also in further railway fields such as infrastruc­ture.

“We feel con­fident that the autonomous measuring system will set a new standard. Like a smartphone, our system provides fantastic features, permanent availability, and a compact technology. Its assets are the new concept and the concentrated know-how in the inner part of the box”, the PJM founders and CEO Martin Joch and Günter Petschnig commented.

The autonomous measuring system resorts to proven standard components and combines them in a new way. 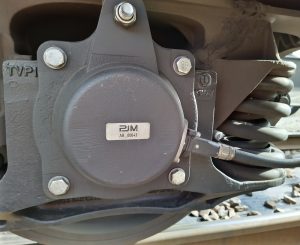 The compact integration is another key component under which the system is installed in a sheet steel container in the seize of about 60 x 40 cm. The container box is mounted on the vehicle. It is hardly visible, very robust and designed to sustain railway conditions. The stability even in rough railway operations had been proven in various type tests.

The new innovative system is also responsible for data transfer, which is encrypted via ftp–transfer or by a secure remote access. The communication with the autonomous measuring system is performed by comprehensive mobile networks.

The new system is offering great benefits to the railway companies, operators, manufacturers and vehicle developers.

The installation does not require a special test vehicle, it is easy to integrate into existing operating pro­cesses while the data analyses get started immediately and the measurement data is provided in real-time. The customer has access to real time data.

Due to the remote access, the measurement data can be easily configured or adopted to new assignments. The new system enables a new connection to fur­ther external data sources and thanks to the new local independence, experts can be called in at any time without actually having to be on site. The measuring system is not recognizable at first glance on the control vehicle, which me­ans that ongoing measurements take place in normal operation and under the usual conditions. The data obtained from this ref­lect the actual operation of the vehicle.