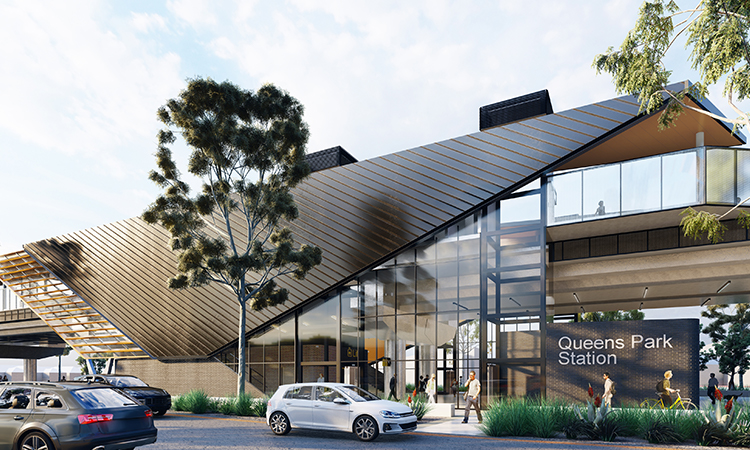 The Byford rail extension contract has been awarded to MetCONNX Alliance comprising Laing O’Rourke, Pritchard Francis Consulting and Kellogg Brown & Root and will help create better transport connections for Serpentine Jarrahdale. The Armadale Line will be extended approximately 8 km south to a new ground-level station in Byford, supporting one of the fastest growing areas in Australia.

The consortium will build a new ground-level Byford station with around 400 parking bays, a bus interchange, and pedestrian connections. The contract also includes an elevated rail through Armadale, with a new elevated Armadale station and the removal of eight level crossings on eight streets.

These projects projects will support around 8,500 jobs and will see Perth’s first major elevated rail through sections of Victoria Park, Canning and Armadale, with up to 14 level crossings removed for good along the Armadale Line.

With the expanded project scope to include William Street level crossing, the planned 18-month Armadale Line Shutdown will now start in late-2023.

This will allow more time to plan and will see the Byford rail extension and Thornlie-Cockburn Link projects open in 2025, once the new elevated Armadale Line is operational.