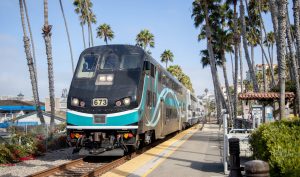 Parsons will support the plan for expansion, rehabilitation and state of good repair projects that will improve the safety and service of the Metrolink system and its facilities.

Parsons supported SCRRA on the implementation of the US first successfully positive train control system for the commuter rail network.

The Metrolink rail expansion project involves the modernisation, upgrade and extension of the railway system by 2028. The first phase of the SCORE project is expected to be completed in 2023.

The SCORE programme expands capacity of the entire Metrolink system to accommodate service that is more regular and frequent, throughout the entire service day. The programme will increase the service on most of its lines to 15- and 30-minute frequencies.

Under the project, the authority plans to carry out grade crossing improvements, station and signalling  improvements as well as track construction including double, triple and quadruple tracking works, the modernisation and expansion of the maintenance facilities and the introduction of lower emission train fleet.

It is expected that starting from 2023 until 2078 the completed project will remove 3.4 billion vehicle-miles traveled and will reduce the greenhouse gas emissions by 51.7 million metric tonnes.