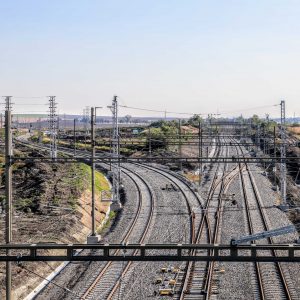 The Czech Ministry of Transport approved the modernisation of Ostrava railway junction, one of the most important rail nodes in the country. The elaboration of the zoning decision and project plan made by Moravia Consult Olomouc will be soon presented. The project is estimated at CZK 25 billion (EUR 945.6 million).

Under the project, the Ostrava railway junction will be entirely reconstructed, including the station and facilities, to allow better connections and increased capacity for rail passenger and freight transport services, as the node is currently facing unsatisfactory technical condition.

“This is one of the biggest projects we are currently preparing. After its completion, not only the reliability and safety of rail transport will increase significantly, but also the comfort and quality of services for passengers. The modernisation of the largest node of the country will strengthen the key role of this railway junction in freight transport as well,” said Jiří Svoboda, the General Manager of Správa železnic, the Czech railway infrastructure manager.

As part of the construction work, the tracks and the and switches will be reconstructed, and new transport connections will be created. The work will also include the installation of a new communication and security system, as well as a new information and orientation system for passengers.

Under the project, the traction equipment will be reconstructed and designed for the transition to the single 25kV AC traction system and the ERTMS will be deployed.

Thanks to the implementation of the project, the trains will be able to run at speeds of 120 km/h while the third track which will be constructed will provide transport connection to the Ostrava-Svinov district, which will be the new part of Ostrava main railway station.

The project will also include the reconstruction or new construction of bridge structures overcoming watercourses, floodplains, the road infrastructure will be reconstructed, and sidewalks, cycle paths and accesses for passengers will be created.

The significant bridge structures include a steel bridge over the Oder river with a span of 90 meters, two parallel single-track steel structures over the Ostravice river with a span of 63 meters. There is also considered a proposal for noise reduction in the area of ​​Mariánské Hory, a neighborhood in Ostrava, where the train stop will be removed.

At the Ostrava-Svinov station, a platform will be modified, three switches and the security equipment will be reconstructed and the railway sections to Bohumín and Třebovice will be modernised. The railway infrastructure between Ostrava and Ostrava-Svinov will undergo a complete renovation to increase the train speed to 120 km/h. The railway connection between these two stations will be suplemented by the third track with an extension to a four-track solution in the area of the Ostrava central station, including the establishment of a new level crossing.

At Ostrava central station, the left building will serve as an auxiliary facility serving the local work and parking of cars. The station’s infrastructure will be designed to allow 740m-long freight trains. The entire building will be reconstructed which includes the renovation of the railway superstructure and substructure, including the drainage system, the platforms will be roofed, a 5 meter-wide-underpass will replace the existing access. The Ostrava-Stodolní stop will have extended platform to 300 metres to handle long-distance passenger trains.

The Ostrava střed station will also undergo a significant transformation, and new covered platforms and an underpass with barrier-free access will be built. It is considered the creation of the needed facilities to provide the connection to the existing public transport system.