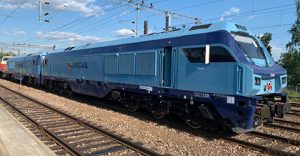 “The issuing of the operating licence and the certification of our safety management system are important milestones for us, and confirm that the quality of the service we’ll be providing meets the highest standards required in Finland,” Paul Lukka, a member of the management board of Operail said.

Operail obtained in May the licence to provide rail transport service on Finnish railway infrastructure. The freight services will be provided using nine Wabtec PowerHaul diesel locomotives with the first two of them already arriving in Finland. They are undergoing testing and certification process and after they will successfully meet all requirements, they will enter rail freight transport services. The locomotives meet the European railway requirements and standards (TSIs).

The company’s Finnish team has been joined by leading railway industry specialists and the locomotive drivers have been hired. This means that “as soon as the new locomotives are certified, they will start transport services”, Lukka said.

In June, the first two of nine PowerHaul six-axle locomotives arrived at the Hanko port in Finland, after they were assembled by Tülomsaş in Eskişehir. The locomotive features a 16-cylinder 3,700 HP P616 engine with common-rail fuel injection. While achieving a maximum power output, the PowerHaul locomotive allows a reduction of 18% in fuel consumption providing high efficiency and reliability for heavy freight train transport.

In 2019, Operail transported 13.2 million tonnes of freight, almost at the same level recorded in 2018. Transit traffic had a share of 71% of the total freight transport volume. The Estonian operator estimates that in 2020 the transit freight volume to be lower than in 2019 but the domestic freight volume will increase.