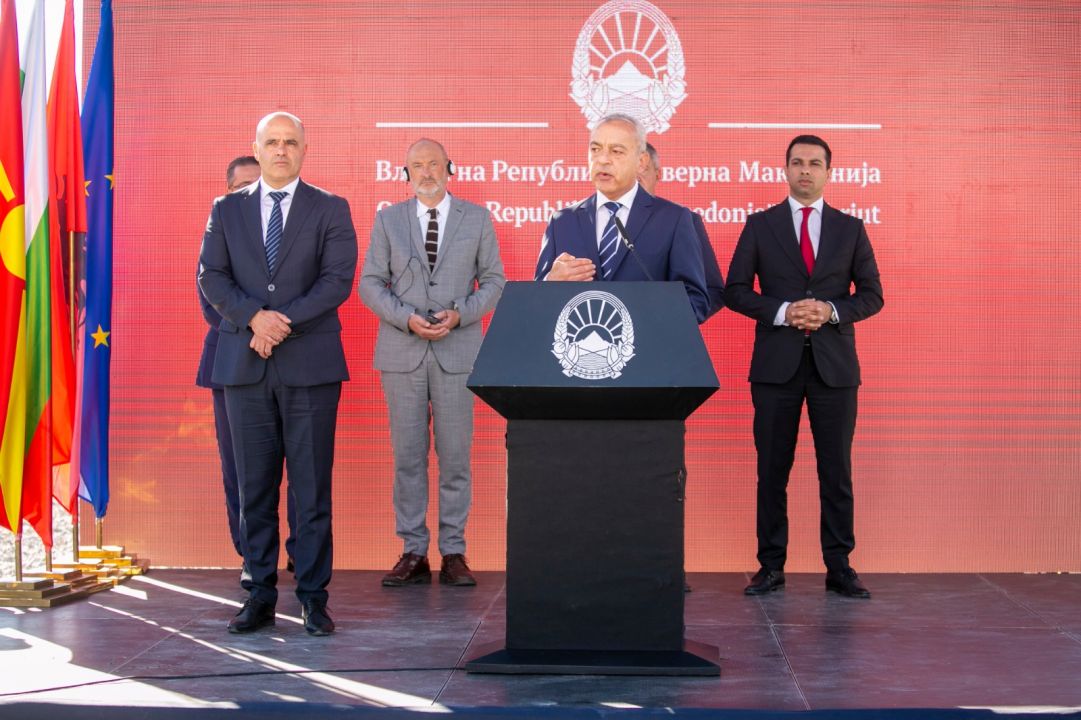 “With dedicated cooperation, we are building our common future, providing opportunities for the economy, the business community, investing in a functional, modern, railway connection of the entire region. This investment provides North Macedonia new rail routes towards Europe,” Dimitar Kovachevski said.

In July 2022, the rail infrastructure manager MZI signed EUR 200 million contracts for the construction of the railway connection towards Bulgaria.

On Beljakovce – Kriva Palanka section two stations, 29 bridges, 6 overpasses, 3 underpasses and 15 tunnels are to be constructed. The Turkish company Gülermak will deliver the construction works on this section.

The 89-km eastern part of Corridor 8 starts at Kumanovo and ends at Dave Bair on the border with Bulgaria, passing through Beljakovce and Kriva Palanka. 23.5 km from Kriva Palanka to the Bulgaria border will also need to be constructed.

“We are writing the new history of the railway in North Macedonia. With the beginning of the construction of this part of Corridor 8, we are starting a new era in the railway system in the country. This is part of the European railway extension and will bring development and prosperity for the Republic of North Macedonia,” the Minister of Transport said.

The Kumanovo – Kriva Palanka rail section on the Corridor 8 running in the north part of the country provides connection through Skopje to Bulgaria crossing Sofia towards the Bulgarian ports of Burgas and Varna and on the other part of the line, North Macedonia benefits the access to the port of Durrës in Albania.

“We are marking the construction of the new rail route from the eastern part of Corridor 8 which is undoubtedly as important for Bulgaria as it is for the North Macedonia as well as for Albania. The project will bring an added value to the development of the entire region,” the Prime Minister of Bulgaria said.

The project on the construction of the 90 km Kumanovo – Beljakovce – Kriva Palanka and its next phase towards Bulgaria has a total value of EUR 600 million. The European Bank for Reconstruction and Development (EBRD) has extended a loan of almost EUR 200 million to North Macedonia for these works on the two rail sections. The project also secured a EUR 75 million funding from the European Union, while bilateral donors to the WBIF have extended EUR 6 million in grants for technical assistance for project preparation and supervision.